Tenet Reviews: Critics Are More Mixed On Christopher Nolan's New Film Than You Might Be Expecting

Posted by Jonathan Spitzer from huffingtonpost.co.uk·Aug 21

The reviews are out for Christopher Nolan’s much-awaited film Tenet, and the new release seems to have divided opinion.

Due to the coronavirus pandemic, Tenet’s release date has been pushed back on three different occasions, with major details about the plot being kept firmly under wraps.

With the film finally about to hit cinemas next week, critics have now been able to share their thoughts on the release, and it’s far from unanimous whether Tenet lives up to the hype.

Here’s a selection of what critics have been saying, beginning with some of the less enthusiastic responses… 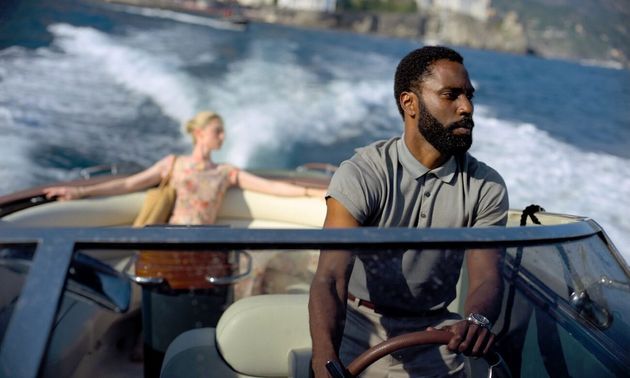 “Tenet is not a movie it’s worth the nervous braving a trip to the big screen to see, no matter how safe it is. I’m not even sure that, in five years’ time, it’d be worth staying up to catch on telly. To say so is sad, perhaps heretical. But for audiences to abandon their living rooms in the long term, the first carrot had better not leave a bad taste.”

“Anyone ready to obsess over a doodad on a backpack as they did over the spinning top of “Inception” can cling to the illusion of Nolan as the movie messiah. On this evidence, though, he’s become a very trying, ungenerous, ever-so-slightly dull boy.”

“Tenet meets all expectations, except the expectation that it will exceed them. Forgive the circularity of this argument: it’s a side effect of watching the defiantly circular Tenet.”

“The sheer meticulousness of Nolan’s grand-canvas action aesthetic is enthralling, as if to compensate for the stray loose threads and teasing paradoxes of his screenplay — or perhaps simply to underline that they don’t matter all that much.”

“Nolan devotees will still get a kick out of Tenet’s cerebral ideas and no doubt forgive its overloaded climax, while the more casual cinemagoer will get plenty of bang for their buck amid its vast visuals… and after five months stuck in front of the small screen, maybe being a little overwhelmed is no bad thing. But it’s hard to escape the sense that less might have been more.”

“Altogether, it makes for a chilly, cerebral film — easy to admire, especially since it’s so rich in audacity and originality, but almost impossible to love, lacking as it is in a certain humanity.”

That’s not to say all of the reviews have been lukewarm, though.

Plenty of other critics have been full of praise, and here is a snippet of the more positive reviews that we’ve seen so far...

“Though it’s sometimes hamstrung by clumsy dialogue – a necessary evil, perhaps, given how much Nolan needs to explain – Tenet is rarely less than thrilling to watch.

“It’s a challenging, ambitious and genuinely original film packed with compelling performances – Washington and Debicki are especially excellent – which confirms Nolan as the master of the cerebral blockbuster.”

“Feeling your heart and brain race to keep up is a significant part of the fun here, and in that unique and unmistakable Nolan-esque way, there is a series of exhilarating mental snaps whenever the two temporal perspectives intermesh, like the teeth on opposite sides of a zip. As for the parts you won’t and can’t, appreciate first time around – well, rewatching is always an option.”

“If you’re after a big old explosive Nolan braingasm, that is exactly what you’re going to get, shot on old-fashioned film too (as the end credits proudly state). By the time it’s done, you might not know what the hell’s gone on, but it is exciting nevertheless. It is ferociously entertaining.

“The Protagonist is told early on that he shouldn’t try to understand it, he should ‘feel it’, and that’s the best approach for the audience.

“As with anything time-related, you could spend the movie trying to work it all out and get a headache, or you could just sit back and enjoy the ride. And Nolan has crafted a hell of a ride.”

“Tenet is a big movie… which is designed to be seen on the big screen. It is a piece of what is now called ‘event’ cinema, an immersive experience to stimulate all the senses, which it does, from Ludwig Göransson’s throbbing Wagnerian score to visual effects company DNEG’s eye-boggling CGI.”

“At times, Nolan decides to forgo the need for further explanation about the mind-boggling science, simply asking the audience to keep up anyway. It’s a Christopher Nolan film after all, so it’s only right to be left with a few questions… and an immediate need to rewatch afterwards.”

“The director makes the smaller details deliberately hard to track, with the dialogue often delivered in whispers or from behind masks. It’s been seemingly engineered for multiple viewings. Does it matter all that much, though? Tenet is a thrilling place to get lost in.”

Tenet will be released in the UK on 26 August.

The Films of Christopher Nolan, Ranked

Every Christopher Nolan Film, Ranked for You to Disagree With

NFL 2020: How to watch Steelers vs. Titans, Bucs vs. Raiders, RedZone and the rest of Week 7 without cable

Samsung's billionaire chairman died on Sunday. He once counted Warren Buffett as a shareholder

A Malaysian startup takes on Adobe