Gossip Girls, a teen drama premiered in 2007 on The CW, ran for six winning seasons until 2012. The show features a group of mostly elite teenagers and their complicated families as they grow on the Upper East Side of New York City. Just as the name suggests, the show goes about everything from scandal, to love, and conflicts. 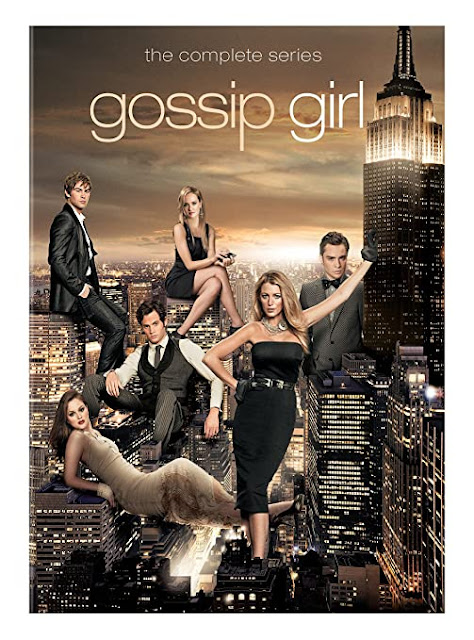 You can binge on all the six seasons on Netflix. And just in case you want something to watch in-between seasons, here are some movies that you will adore if you can’t get enough of Blair and her friends.

From the very beginning of the series, it is made clear that Blaire being Queen B and her friends, aka followers, eat lunch gossiping on the steps of The Met. This is portrayed as a status symbol, if you are invited to eat on those steps with these girls, that means you are in.

This movie of 2004 named Mean Girls holds a lot of similarities to the teen drama, with lunch table status being one of that.

One of the standouts about Gossip Girl is watching all the high-end designer clothing slain by the cast in each episode. Every scene flaunts expensive dresses and sharply tailored suits by top designers in the fashion industry.

The Devil Wears Prada is another brilliant movie that is all things clothes, bags, and shoes starring Meryl Streep, Anne Hathaway, and Emily Blunt.

Gossip Girl is an online, anonymous blog that spreads all the rumors as the series progresses, the spicy talks get even messier.

So, for the viewers who love good rumors, Easy A, is a must-watch. The film talks about Olive, a girl struggling with her own school’s rumor mill, just as you see in Gossip Girls.

What To Expect When You’re Expecting

The series Gossip Girls is not just about some mean girls. It is about some heart-throbbing guys as well. One of which is Nate, the rich kid with a big heart. He is best friends with the wrong guy Chuck Bass but is nothing like him.

If you admire Nate played by Chace Crawford in Gossip Girls, you would love the warmth he brings to his character, Marco, in the film What to Expect When You’re Expecting.

A Walk To Remember

If you watched all the six episodes of Gossip Girl waiting for the day when all of the personalities would put down all the drama and live happily ever after, then you must watch the movie A Walk to Remember.

Based on Nicholas Sparks’ bestseller, this movie tells the story of two teenagers who fall in love despite their differences.

If you like Blair’s mixed personality traits of being domineering, manipulative, and at the same time being sensitive and compassionate for her friends. You would love to watch this film named Breakfast At Tiffany’s set in the 1960s.

The character of Audrey Hepburn in the movie takes a lot of cues from Queen B. We hope you will enjoy binging on to these equally famous and dramatic movies as the show Gossip Girl is.

Top tip, everyone: Chinese hackers are hitting these 25 vulns, so make sure you patch them ASAP, says NSA

Thought the FBI were the only ones able to unlock encrypted phones? Pretty much every US cop can get the job done

What does everyone make of today's Google antitrust action? Only the stock market is happy with the status quo

When you tell Chrome to wipe private data about you, it spares two websites from the purge: Google.com, YouTube

Things One Should Check Before Downloading A Mental Health App

Use These Methods to Secure Your Printer

Top Email Marketing Mistakes That Are Hampering Your Engagement