11,000 Protests, Rising State Violence And Vigilantes: Here's Why It's All Kicking Off In The US

Posted by Charles Pete from huffingtonpost.co.uk·Sep 02 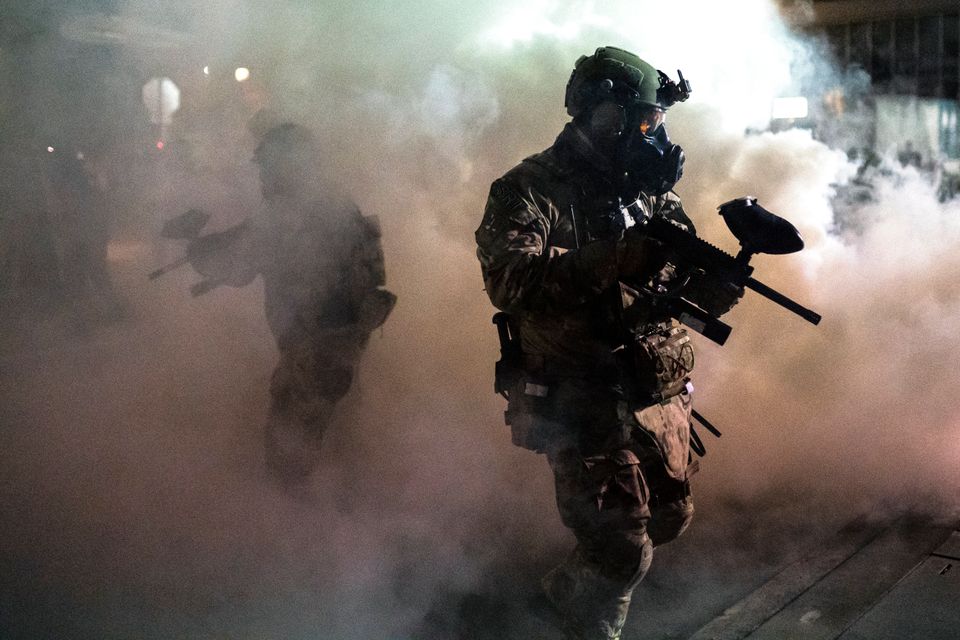 US law enforcement and other authorities used force while intervening in nearly 400 Black Lives Matter protests since police killed George Floyd in May, according to new data that paints the clearest portrait yet of the historic unrest that’s swept across the country this summer.

Figures from the US Crisis Monitor offer a bleak forecast of escalating political violence heading into a contentious election. While most of the protests have been non-violent, police or other authorities intervened in about 725 Black Lives Matter protests in the US between May 24 and August 22, sometimes using force – including tear gas, rubber bullets, or beating demonstrators with batons, data shows. There were also over 100 instances of government violence directed against the media during this period.

We’re seeing increased proliferation of groups like militias that are taking up arms, some of whom are becoming violent.Dr. Roudabeh Kishi

On top of that, the Crisis Monitor – a joint effort of the Armed Conflict Location & Event Data Project (ACLED), a nongovernmental organisation, and the Bridging Divides Initiative at Princeton University – identified over 100 instances of non-state actors, including at least 20 distinct far-right militia groups, intervening in Black Lives Matter demonstrations, sometimes violently, since May 24.

There were also dozens of cases of individual perpetrators, some linked to white supremacist groups like the KKK, driving vehicles into Black Lives Matter demonstrators.

And things could get worse.

“I think we have all of the pieces at hand to make a perfect storm, so to speak, as we march closer and closer to the election,” said Dr. Roudabeh Kishi, the director of research and innovation for ACLED’s US Crisis Monitor. 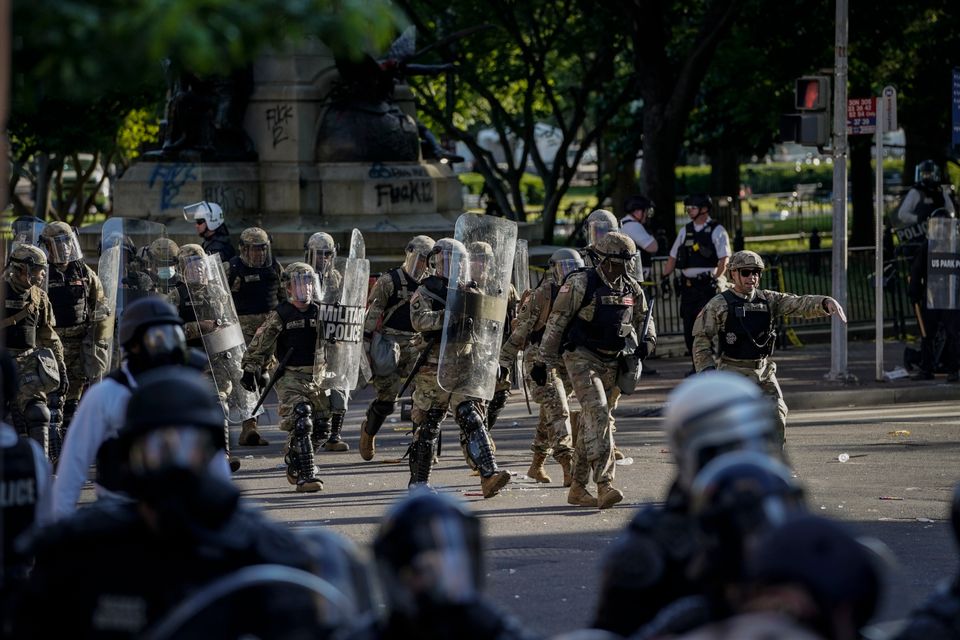 There were nearly 11,000 demonstrations in the US between May 24 and August 22 – accompanied by terrifying instances of state repression, including the violent removal of protesters outside the White House to make room for a presidential photo-op, and the abduction of protesters by federal agents into unmarked vans driving around Portland, Oregon. There have also been increasing instances of far-right vigilantes confronting left-wing protesters.

In the past week, three people have been shot and killed at demonstrations. Last Tuesday in Kenosha, Wisconsin, a 17-year-old, marching with a local group of armed vigilantes, allegedly shot and killed two anti-racist protesters and severely injured another. On Saturday, a member of the far-right group Patriot Prayer, which is known for violently attacking leftists in the northwestern US, was shot and killed during a pro-Trump demonstration in Portland. 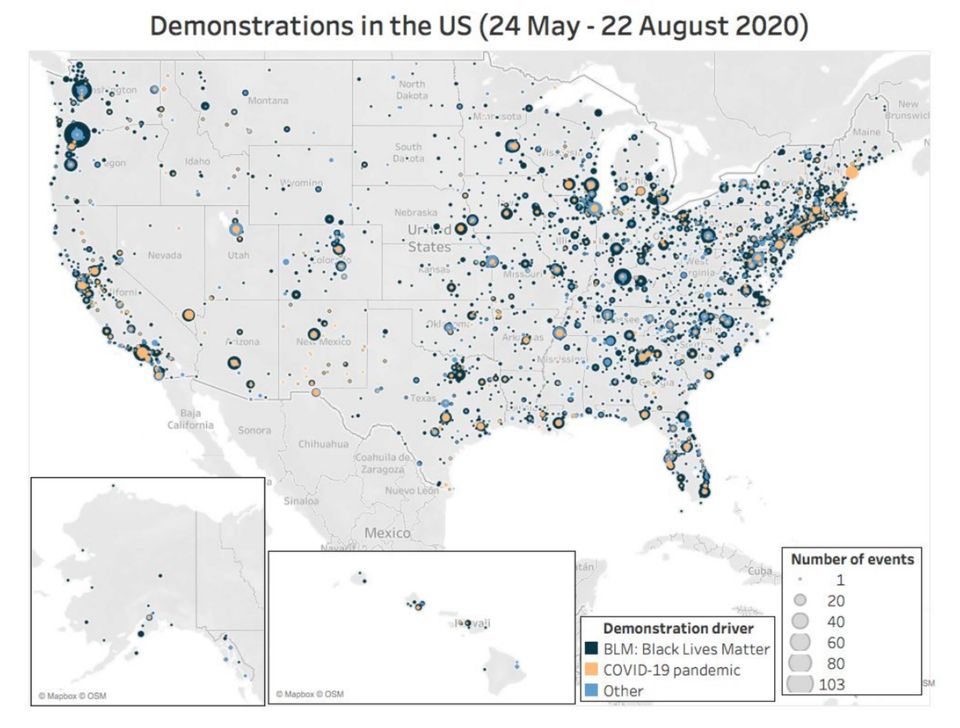 There’s been a sharp increase in the state cracking down on protests when compared to last year, Kishi said.

In July 2019, when the US was experiencing a wave of unrest over the horrific abuses of immigrants at government detention camps, police or government forces only intervened in about 2% of demonstrations, Kishi said. This July, those forces clamped down on 9% of protests.

Kishi said these trends, combined with hostile rhetoric from the White House and the way social media platforms allow extremists to mobilise, make her very worried about the coming months.

All told, according to ACLED’s data, over 40 of those right-wing demonstrations have resulted in violence since May.

This adds to recent findings from the Centre for Analysis of the Radical Right, which identified nearly 500 incidents of vigilantes or far-right activists confronting Black Lives Matter demonstrators since May.

Those incidents include 64 cases of simple assault, 38 cases of vigilantes driving cars into demonstrators, and nine times that shots were fired at protesters.

At least six left-wing protesters have been shot during the demonstrations, three of whom died.

The president, meanwhile, has attempted to make “law and order” a central pillar of his re-election campaign, in part by signalling his opposition to the nationwide protests.

On Sunday, Trump lashed out against “antifa” and Portland Mayor Ted Wheeler.

“The people of Portland won’t put up with no safety any longer,” Trump tweeted. “The Mayor is a FOOL. Bring in the National Guard!” 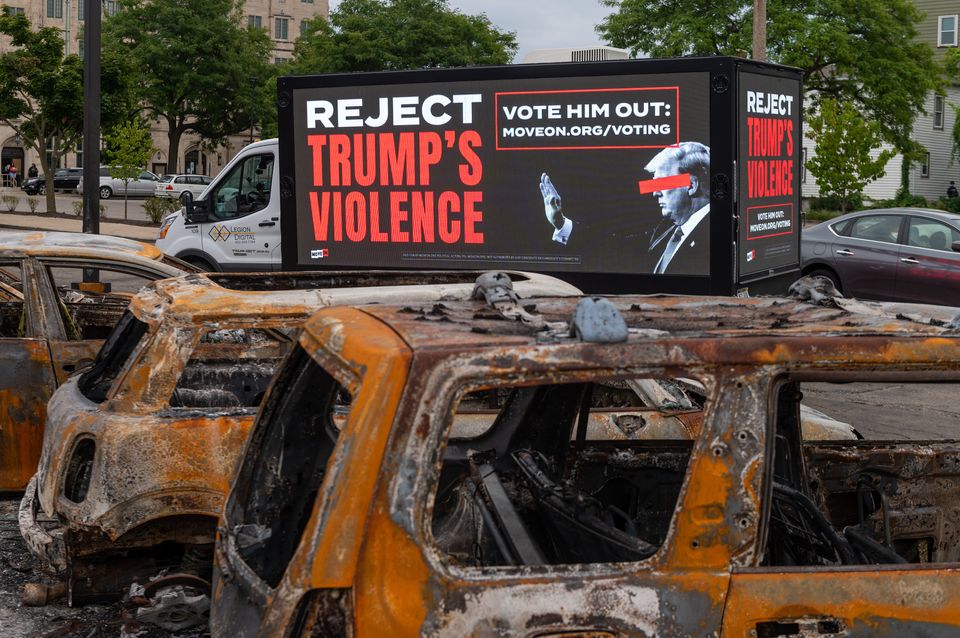 On Monday, White House press secretary Kayleigh McEnany refused to say whether the president would condemn the killing of two protesters in Kenosha.

It’s this type of messaging from the White House, in support of state repression of protests and tacit tolerance of far-right vigilantes, that has Kishi and the team at ACLED so worried.

“I think as you’re closer to November, this hyperpolarisation is kind of coming to a front,” Kishi said.

The weeks immediately before and after the election could be particularly fraught, Kishi warned, pointing to the possibility of widespread voter suppression and growing uncertainty about whether Americans will accept the election’s results.

The US Crisis Monitor hopes to be around to track the political unrest come November. Funding for the project is set to dry up in a matter of weeks, but Kishi and her team are pursuing more funding to continue their work.

Netflix's Mindhunter, one of its best TV shows ever, is 'probably' finished