I Called Out Teenage Bad Behaviour And Got Shamed For It. Was I Wrong?

Posted by Carlos Marier from huffingtonpost.co.uk·Sep 07

I had an unpleasant experience with a bunch of teenage girls the other day – but after calling out their bad behaviour online, I found myself accused of “teenager bashing”.

My four-year-old son and I had gone to the local park, and he needed the toilet. So far, so normal – except that on hurrying with him to the public loos nearby, we encountered a large group of girls, aged about 14 or 15, hanging out at the entrance.

In groups, teens often get a bad rap, and can be unfairly viewed with suspicion. It must be even harder since the pandemic – young people have had nowhere to go or hang out for months. They’ve been without their friends and their usual routines of school and socialising, then had to cope with the GCSE and A-level marking fiasco. In some ways, teens had it worse than anyone in lockdown.

I wasn’t worried when I approached the girls in the park – I simply didn’t think about it. After all, I’ve been a teenage girl. I know their bark is worse than their bite, and I didn’t expect them to bark at all – not at a mum with her young child.

Sadly, I was wrong. 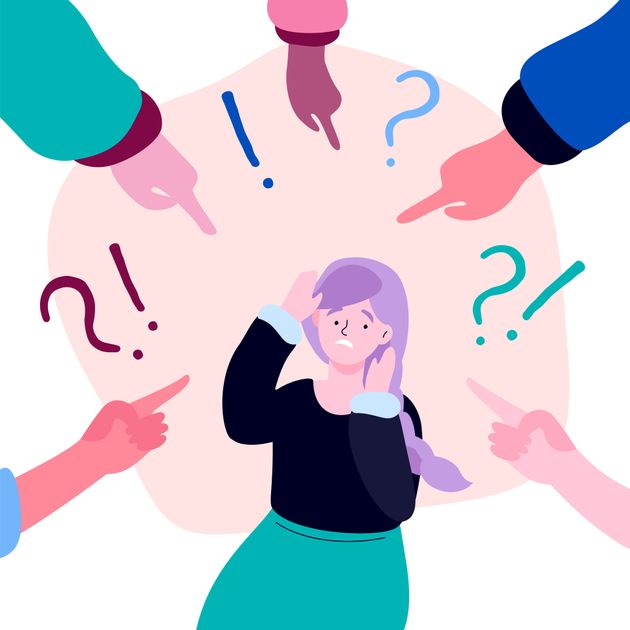 I was shocked at being told loudly to “fuck off”, after asking them to please move out of the way, because they were blocking the exit. My little boy was desperate, and the loos, as I discovered, were out of order. We needed to get home – fast.

The collective side-eye and sneering was palpable – and so was the abuse. I stopped and asked if they thought they were setting a good example by swearing in front of a young child, imagining most would shift uncomfortably, that some of the six-strong group might have brothers or sisters at home of the same age. I thought they’d apologise.

Instead, they laughed and told me fiercely and repeatedly to “shut up”.

Don’t get me wrong. I was as stroppy as the next teenager, when I was 15. I remember doing all the usual, horrid things: stomping to my room, slamming the door, shouting “I hate you!”, when of course I didn’t mean it. I once threw the remote control at my dad (sorry, Dad), and got so drunk on cider at my first house party that I threw up all over someone’s mum’s new sofa.

Point being: I understand only too well that teenagers aren’t perfect, and nor should they be. In our teenage years we learn to test boundaries – and often, that involves working out what’s acceptable, and what isn’t.

Plus, teens are under enormous pressure to be part of the ‘in’ crowd and to belong, something that clinical child psychologist Emma Citron says is more obvious when encountering a “pack”.

“You always get difficult characters in any social group of any age,” she tells me. “As soon as you’re in a pack, it’s a bit like a firing squad – there’s less individual culpability, and more bad behaviour.” But Citron says it’s important to remember the unique impact of not being in school for half the year, too.

“Kids haven’t been in school for a long time, and school can be a check for rough behaviour,” she says. “Many kids experience people swearing or being mean or critical towards them, at home; and are coming out of a hothouse of frustration and boredom and a lack of direction and misery.”

Citron points to studies which show teens have been less stressed and anxious in lockdown, but warns they’re also arguably more frustrated, bored and angry – “a whole different set of emotions”.

“If kids are feeling a bit low or bored, then you’re not seeing the best of them,” she says. “If you saw the same kids in their maths class, you’d probably see someone totally different.”

After my encounter with this particular group, which genuinely left me shaking, I thought long and hard about what to do next. In the end, because it was in front of my young son, I felt I needed to take action. So, I posted an alert on a local Facebook forum and to ask people to “check in” with their teenagers to ask if they were on the high street that day, and were part of what had happened. I wanted fellow parents like me to talk to their kids to remind them to be kind to strangers – and to each other.

There were dozens of comments in response, ranging from sympathetic to rude – but the harshest by far was directed at me. One local mum accused me of “bashing teenagers” to “feel better about myself”, and told me to “look at what I’d started”. “I’d be reluctant to discipline my teenager on the strength of a very ambiguous post,” she added.

Being shamed for calling out unacceptable behaviour took me completely by surprise. I immediately regretted posting anything at all, then realised that if it were my child I would want to know, so I could address it. Ignorance serves no-one. 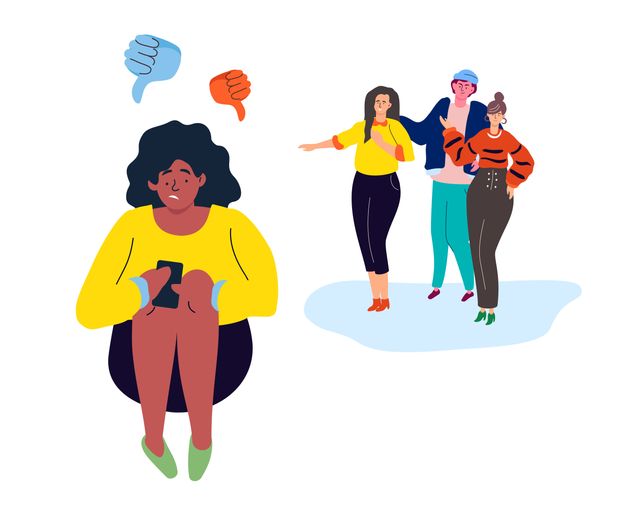 Citron tells me that ‘calling out’ antisocial behaviour is a choice – but when it involves a young child, it might also be a duty.

“There’s an argument for being the ‘bigger person’ and ignoring it, and that way they don’t get the attention they’re craving,” she says. “But swearing is an aggressive act, and if it’s in front of a small child, you need to role model that it’s not appropriate. It’s all about the child; not you, or them.”

But she says we should try to make the messages as positive as possible, because our goal should be improving the fabric of our society. “Teenagers are emerging adults – they need checks on their behaviour, just like the rest of us. They need a wake-up call to know that certain behaviour is not okay, and to consider the effect on a four year old: would it make the child feel anxious and unsafe? Would it make them too scared to use public toilets again?”

Citron also says we have a moral duty to call out unacceptable behaviour when we see it, or risk being complicit. “Like any boundaries – with family members, friends – when we see they’re stepping out of line we need to call it out, otherwise we are coercing with it,” she warns. “Racism needs to be called out, as does violence, or we are passive participants in antisocial behaviour.”

Of course, it’s easy to be dragged into ‘tit for tat’ arguments, online - something grown-ups are guilty of, as much as teens. I’ve witnessed bullying and name-calling on my primary school parents’ WhatsApp group, and have found myself drawn into virtual rows I wish I’d never been involved with.

Maybe I was wrong, to recount my experience on social media. Maybe I was also wrong for talking back to the teenage girls when it happened, and for telling them they should think about what they were saying in front of a little boy, and for asking them to please move aside and create more space. Maybe I wasn’t as laidback or understanding as I could have been. I was in a rush, but that’s no excuse. Perhaps I should have dealt with it differently.

But even as I accept the possibility that I didn’t handle it ideally, I still don’t think shaming is the right answer. Because we could all learn a lot from being kinder to one another – and that goes for teenagers and grown-ups.

parent voices, life as a parent, how to raise a kid, teenagers, parent-voices

"Planning for a Pandemic: What You Need to Know – Remote Workmate "

How Do I Fix AOL Desktop Gold Login Not Working Problem?

The 5 Best Remote Work Software Tools You Can Use

How to choose marketing automation software

How marketers can be more efficient with their data and operations