Amazon Prime Video has expanded its library service and offers free streaming of movies and TV shows. The platform has grown into a media vault formidable enough to challenge other streaming platforms like Netflix and Hulu. 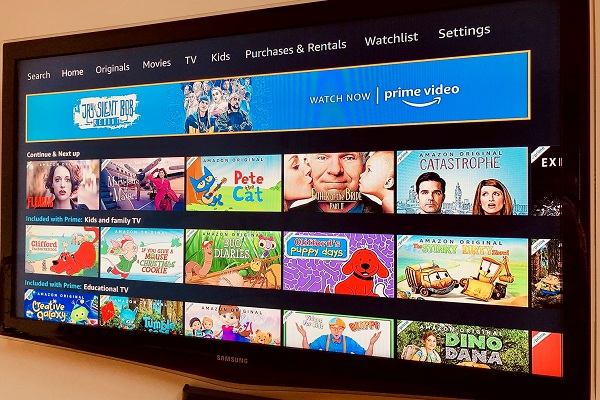 The story revolves around a Sydney Bristow, an undergraduate student approached by someone who claims to work for the CIA and offers a job as an agent. She accepts the job and fights several rival agents and terrorists while keeping it a secret from her friends.

The critics have well-received the series, and it has been considered the best TV program in 2003 by the American Film Institute.

The story is about Liz Lemon, head writer of a comedy show who has to deal with an arrogant new boss while also trying to run a successful television show. Lemon constantly has her hands full, juggling interference in the process of trying to salvage her personal life.

The Americans is a period spy thriller that is set during the Cold War. It follows the story of Elizabeth and Philip Jennings, who pose as an American couple and carry out their lives in the simplest manner while at night, they weave a web of confidants and historical figures from the war as spies.

The show received a couple of awards and became one of the rare drama shows to receive two Peabody Awards.

Fleabag is a British comedy-drama series written and created by Phoebe Waller-Bridge, who also stars as the show’s main lead.

The show centers around Fleabag, a free-spirited woman based in London who frequently breaks the fourth wall to provide exposition and monologues.

Marvelous Mrs. Maisel is set in 1958 and revolves around the lead character Miriam Midge Maisel who, according to her has a perfect life with her husband and two kids in the Upper West Side, Manhattan. She supports her husband through everything until one night when her husband leaves her for another girl. That’s when Miriam discovers her comedic talent and decides to be a stand-up comedian, which is a highly male-dominated profession.

The show focuses on Alicia Florrick (Julianna Margulies) who has been a good wife to her husband, a former state attorney. She stays at home and looks after her family, but after here ends up in the jail in a corruption scandal, Florrick needs to do something to provide for her family.

The Good Wife won several awards for Outstanding Drama and the performances in the show as well have been highly appreciated.

Hunters is inspired by several real Nazi hunters but does not serve as a specific representation of any of them. The show follows a diverse group of Nazi hunters who have been living in New York City in 1977 and are conspiring to create a Fourth Reich in the U.S.

The Office is a mockumentary on a group of typical office workers and their boss who portray the daily antics of a workplace. The show is an adaptation of the British series of the same name and is one of the most-watched and loved shows in the comedy genre.

The American legal drama series, Suits, is set in a fictional New York City-based law firm and follows a talented and intelligent college drop our, Mike Ross, who starts working as an associate under Harvey Specter without having attended a law school. Harvey is the best lawyer in the city, and Mike complements him perfectly in the job.

Suits received positive reviews from the fans and the viewers while also winning several awards and nominations.

This concludes the list of shows that you should consider adding to your Amazon Prime Video watchlist.

A Comprehensive Guide on Getting Your SaaS Business on Mobile App

Spoilers of The Young And The Restless

Production Of Sherlock Holmes 3 is On Hold