Momoa Claims Warner Bros. Made Up Frosty News To Distract From Fisher’s Allegations

Recently, in an interview, Jason Momoa spoke up about being the cast of the live-action Frosty the Snowman, which is a project of Warner Bros. Pictures. He stated that the announcement of his involvement in the film is their way to distract from the allegations of Ray Fisher that he was mistreated on the set of Justice League. 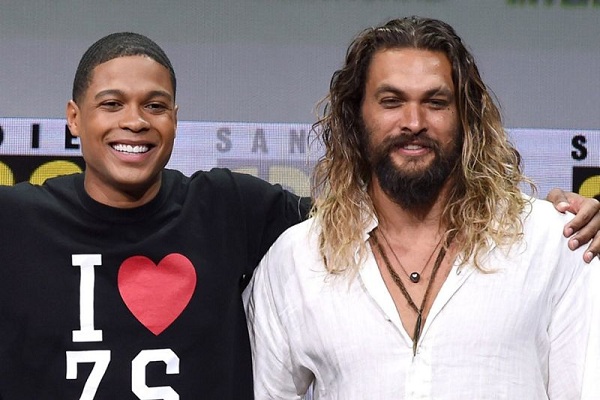 Joseph Jason Namakaeha Momoa is an American actor. He is known for his character as Khal Drogo in a television series of HBO titled Game of Thrones. He also featured as Arthur Curry/ Aquaman in the DC Extended Universe movies including Batman v Superman: Dawn of Justice in 2016 and Aquaman in 2018. He played the character of Ronon Dex in a science fiction series Stargate Atlantis in 2005-2009. Momoa started his career as a model at 19-years-old. After that, he was cast for the action drama series Baywatch Hawaii. Jason co-wrote and directed Road to Paloma in 2014, which is an American drama thriller movie along with Robert Homer Mollohan and Jonathan Hirschbein. The film stars Momoa, Lisa Bonet, Sarah Shahi, Wes Studi, and Michael Raymond-James.

Jason Momoa criticized Warner Bros., in the middle of Fisher’s allegations against the production studio. Raymond Fisher is an American actor known for his memorable roles as Cyborg in a cameo in Batman v Superman: Dawn of Justice under DC Extended Universe. He also played Muhammad Ali in the play Fetch Clay, Make Man in 2017. He began his acting journey in the “Shakespeare Live” program in 2008. He is a dedicated actor and gained 20 pounds to portray Muhammad Ali in 2013. A few months back Fisher was accused by Warner Bros. for not cooperating with the team. To which he responded with some series of tweets, he shared emails to the group and SAG-AFTRA for a meeting with investigators. Initially, he also shared that Joss Whedon took over the project after Zack Snyder left, engaged with abusive behavior on set. After the statement of Fisher, Warner Bros. sent a press release stating that in a live-action Frosty the Snowman, produced by Johns, Berg, and several others would be starring Momoa.

Jason Momoa posts a picture on Instagram and writes that Warner Bros. wants to distract the allegations of Fisher by announcing the cast of Frosty. The post is an image of Momoa along with Fisher, and the caption reads: This shit has to stop and needs to be looked at @ray8fisher and everyone else who experienced what happened under the watch of @wbpictures needs a proper investigation. I just think it’s fucked up that they released a fake Frosty announcement without my permission to distract from Ray Fisher speaking up about the shitty way we are treated on Justice League reshoots.

Earlier this month, Momoa publicly voiced his support for Fisher publicly. He said that he had experienced issues too on the Justice League set. And now he is saying that he has witnessed the mistreatment and also confirming that the whole cast announcement thing was just a distraction from Warner Bros. and Fisher investigation. And if this is true, then it is yet to see how far studios will go to cover it.

Although the claims of Ray Fisher is under investigation, Warner Bros. is claiming that Fisher has not provided any evidence proving that the studio has misconduct and is involved in wrongdoing. Fisher did not seem affected by it and continued to post updates on Twitter regarding the investigation. However, the battle between the two is rapidly expanding, and Fisher has a difficult time ahead. Many cast members, colleagues, and firm, support him in this journey, who are there beside Ray. his supporters, including some celebrities in Hollywood, are using the hashtag #IStandWithRayFisher, which is genuinely appreciable.

The above is all about the recent dispute between Warner Bros. and Justice League star Ray Fisher. And the support Jason Momoa is giving him as a fellow cast and a friend is heartwarming. We hope both parties will soon find a solution to the dispute. I hope this was an informative article for you.

How do you enhance your portfolio with Black Belt Certification?

Windows 10: How to Set Up Bluetooth Devices

Windows 10: What to Do When Bluetooth Stops Working