Lights! Camera! Socially Distanced Action! This Is How Tough It Is To Film A Show During A Pandemic

Posted by Wayne Strickland from huffingtonpost.co.uk·Sep 19 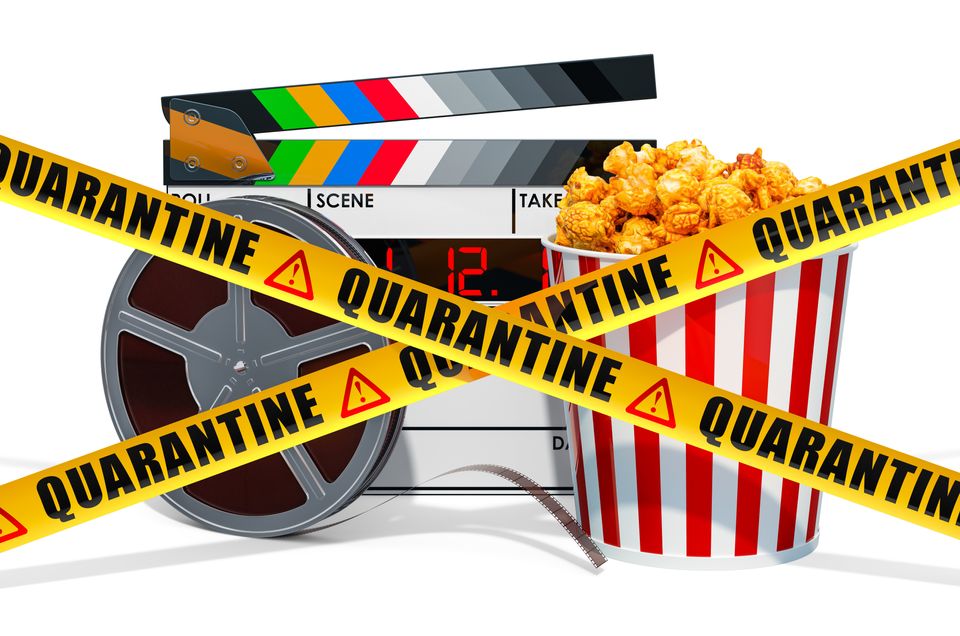 “I just set up my iPad on a table, I sat in a chair and experimented,” said David Bradley, the Harry Potter and After Life actor when HuffPost UK spoke to him about the filming he’d been doing at the start of lockdown.

Filming needn’t be done from home anymore, as the easing of restrictions means shows can return back to studios. This could all change if the pandemic worsens of course, but for now, producers have been given creative license to get back to lights, camera, action!

HuffPost UK spoke with Mark De Lisser, vocal coach on ITV’s forthcoming series of The Masked Singer, as well as Jason Maza, producer on soon-to-air Channel 5 thriller The Drowning, to get the scoop on filming during lockdown. 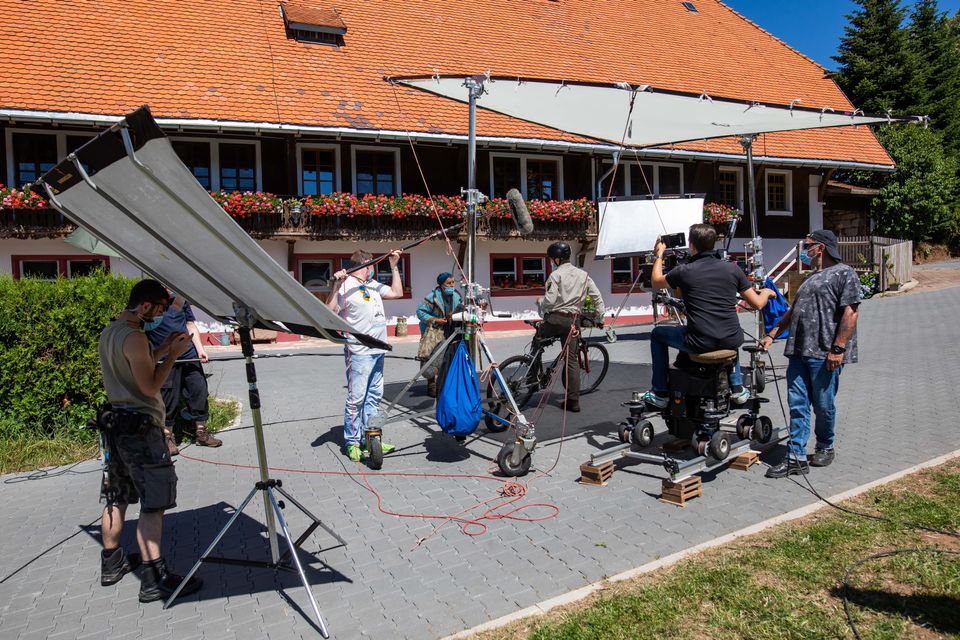 “Regardless of your production, there will be creative compromises,” explains Jason. “It’s really hard to make art in this situation because it just becomes so clinical.”

Jason notes that it’s “very very tough to have fun, or be in the moment” when everything is geared around making the set safe - but finishing filming “felt like an incredible, unbelievable achievement” after months of working out new ways to tell their story while obeying social distancing on set.

For Mark De Lisser, not being able to get up close to singers has meant getting creative about how he judges sound.

He continues: “We use our ears in a completely different way. For the BBC’s VE Day celebrations, filmed under lockdown, I had to really listen hard to make sure everything was balanced and where it needed to be.”

Directors also can’t go closer than two metres to actors unless they’re in the same bubble (even the same bubble, people keep the same distance where possible). So if one bubble is comprised fully of actors, the director must distance themselves from the on-screen stars while on set.

“Our director Carolina Giammetta had to keep two metres from the cast,” notes Jason. “It’s so much harder to communicate and create that bond. We were fortunate we had a brilliant cast and director, but this is going to be a continual problem.”

It’s not just hard to tell the story properly with social distancing in place - it’s a massive administration nightmare too, and costs the earth.

“Even in terms of facilities - how do I get my crew from unit base to set. Normally we’d be able to do one mini bus. Now we have to put on three or four minibuses, it’s a continual expense to be able to deliver what we want.”

Actors are able to get close to one another if they are in a bubble together, but some actors aren’t able to bubble up, such as 74-year-old Deborah Findlay from The Drowning, as she’s in the vulnerable category so couldn’t go near another actor on set.

“No one can come within two metres of Deborah on set, which is incredibly tough,” says Jason. “Ultimately there’s compromises you have to make: we had to be creative and find creative logical reasons why she wouldn’t be going up to her son at a funeral,” for instance.

Crews have to get clever with camera angles 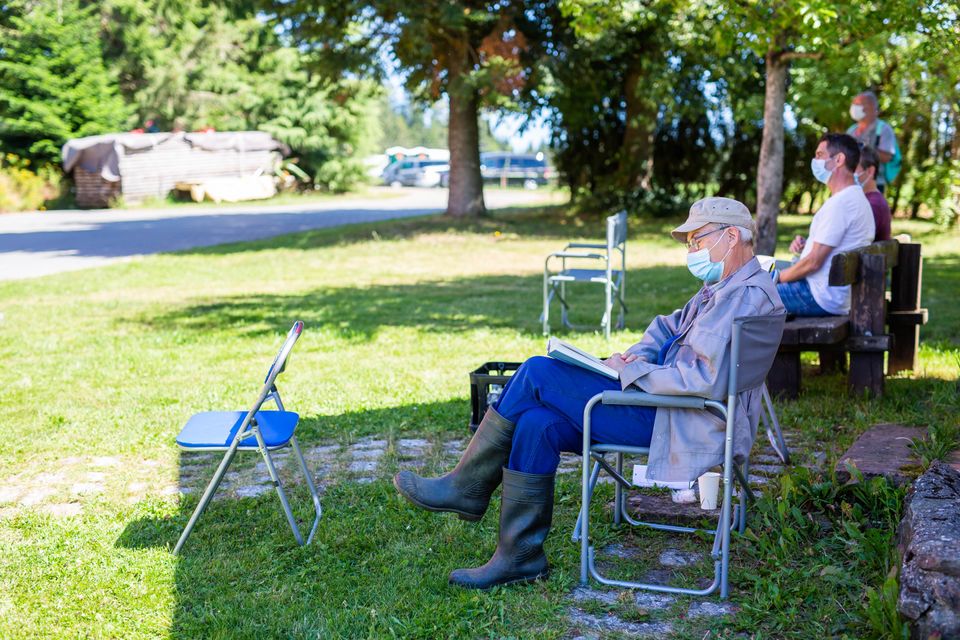 One way to make actors in different social bubbles seem closer is by using clever camera angles to give the impression people are nearer than they really are.

“We ask which camera angles can we use to sell it the best we can,” Jason says. “We use a lot of long lenses, which create the illusion they’re closer together.”

Actors occasionally need to get close to the crew, which sometimes means they need to wear masks

“Sometimes actors have to wear masks during their take as they’re close to the camera person,” explains Jason. “It’s really not ideal: acting’s all about being in the moment, listening, connecting, reacting: all of that’s out of the window.”

When you have a mask on you need to be a better communicator which ultimately means that filming can take longer, costing more money. Although actors wore masks in certain unique instances when filming, the masks won’t actually be seen in the finished show due to more clever camera angles.

“We joked the other day that The Masked Singer is probably the best prepared show in the world for a pandemic because it’s all about masks,” he says.

He agrees that it’s a huge inconvenience not to be able to go closer to the contestants. In the past, he says “you might be a little more tactile, but now there’s absolutely none of that. You have to be two metres apart and there has to be a perspex screen.”

And when things go wrong, it means reacting at lightening speed

“We had one incident,” reveals Jason. “We had an actor coming in to start, so he got tested, and found out he had Covid on Saturday. We had to recast on the Saturday, get them tested on Saturday, results on the Sunday, they were Covid free so were allowed to shoot on the Monday.

“I can’t begin to tell you what would have happened if that’d been an actor that shot previous continuity, and then had to come back to finish off the show. It just would have been an absolute nightmare.” 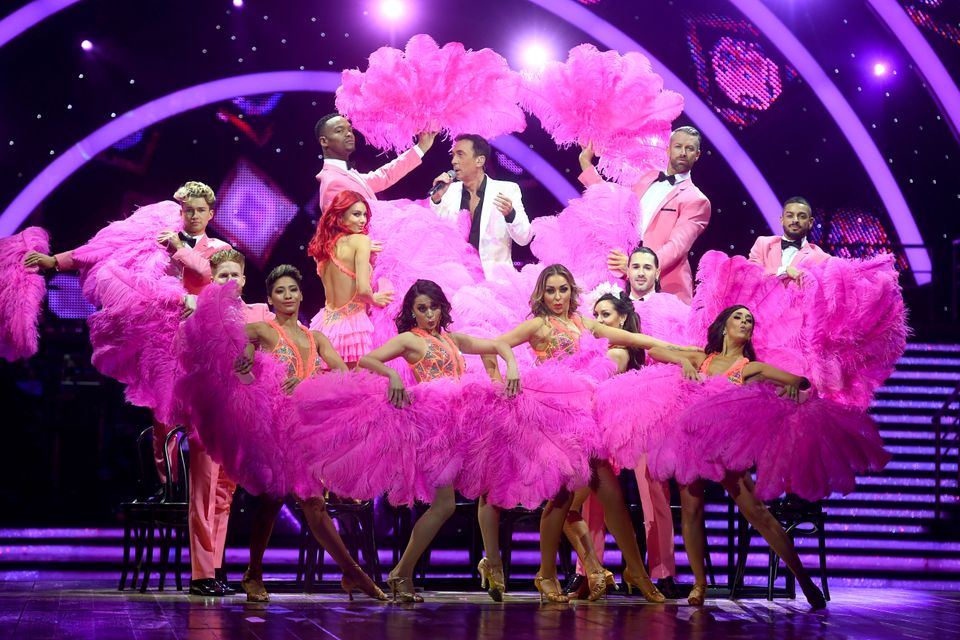 Strictly Come Dancing, which returns to screens later this autumn, has been the focus of discussions around what to do about a live studio audience.

For many shows like Strictly, having a live audience has been crucial to creating the energetic atmosphere. This year the show delayed revealing details about whether they’d have a studio audience or not due to the changing status of the virus.

However, they have just announced they will return with a minimal, masked-up audience. Others shows that have returned with reduced, socially distant studio audiences include QI and Have I Got News For You. The Graham Norton Show is also set to return with a socially-distanced audience and guests.

Real-life partners of actors are being dragged on set

EastEnders has enlisted the real-life partners of actors for kissing scenes on the show, and is using clever camera angles to make actors and their real-life love interests appear as if they are characters on the show.

People from the real-life social bubbles of the actors are also being called in to play extras on the soap opera. The show recently returned to the BBC after dropping off air earlier in the summer when they ran out of canned episodes and had to halt filming due to the virus.

Ultimately, producers are doing all they can to keep actors safe on set by following the guidelines, but bosses can only go so far and cannot control what actors and crew get up to on their own time, says Jason.

He asserts that there’s no magic answer for how to get shows back in production smoothly until there’s a vaccine, and in the short-term, filming is just incredibly hard work.

“I think there just has to be an understanding that trying to shoot with Covid is very very difficult and anyone that manages to get through their production without a hiccup has honestly virtually achieved a miracle.”

Should you dine in a restaurant tent this winter? It depends on 5 safety factors