Pokemon Go: How to Defeat Cresselia with Best Counters

Cresselia is a Psychic-type Pokemon with immense, powerful abilities. Cresselia is among the most powerful Legendary Pokemon, and players have to defeat it in the 5-Tier Raid Battle. Cresselia is a favorite Pokemon of many trainers because of its looks, and some of its abilities are extraordinary. However, winning over Cresselia can be an easy task if trainers use Pokemon’s right lineup in Raid Battle.

Currently, in the 5-Tier Raid battle, Cresselia is appearing. To defeat Cresselia, trainers need to have a strong lineup of Dark and Ghost-type Pokemon. The 5-Tier raids are always tough, but players can win by using the right lineup of Pokemon. First, trainers have to prepare their Pokemon lineup by Power Up and add Dark and Ghost-type moves. By making a strong Raid team and the right strategy, you can easily encounter Cresselia in your first attempt.

How to Counter and Defeat Cresselia 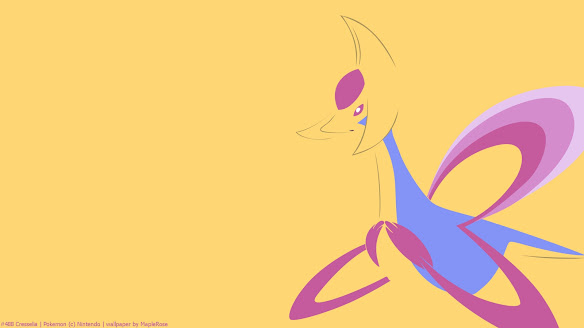 As mentioned above, Cresselia is a Psychic-type Pokemon weak against Dark, Ghost, and Bug-type Pokemon and resistant to Fighting and Psychic-type moves. While battling against Cresselia, you have to remember the important information to get a better outcome.

In terms of Dark-type Pokemon, “Weavile” is a decent option because it has a couple of Dark-type moves, and trainers usually have it in the collection. Using Dark-type moves like “Snarl” and “Foul Play,” you can give great help to other trainers in the battle. However, Weavile is weak in defensive stats, so you have to be cautious when choosing it.

Your second choice should be “Chandelure,” which is a Ghost/Fire-type Pokemon. Chandelure has more Potential than Weavile. Its attacks are much more effective than Weavile and have a higher defense as well. You can use its Ghost-type attacks like “Hex” and “Shadow Ball.”

Your final Dark-type option should be “Darkrai.” It’s a legendary Pokemon with some amazing capabilities. Using it on your team will bring positive results. You can consider Darkrai as the best counter Pokemon for Cresselia in Pokemon Go. Its incredible defense and attack stats are better than any other Dark-type Pokemon. Using its “Snarl” and “Dark Pulse” will hit Cresselia like a powerhouse.

If you don’t have Darkrai, you still try some alternatives like:

Using these Pokemon can help you out in the battle. The great thing about the Cresselia battle is that players usually have Dark-type Pokemon, and now in the battle against Cresselia, they can use it. The chances of encountering the shiny form of legendary Pokemon are 1 in 20 attempts. So if you are lucky, you can get Cresselia’s shiny form in 1st attempt; otherwise, you have to do multiple raids to get the shiny form.

The odds of catching Pokemon in the wild are 1 in 450 attempts, which is quite huge. However, if players focus on Raid Battles, they can get the shiny form more quickly, capturing in the wild. Pokemon with shiny forms do not require candies to catch because players can catch them in a curve throw.

Use Natural Remedies for Benign Essential Tremor to Stop the Symptoms

Utilize Natural Remedies for Achalasia to Decrease the Symptoms

Days Gone: How to Take Down Hordes

How to Become a Shadow in Fortnite

Call of Duty: How to Acquire a Pumpkin Head