Posted by Calvin Bourque from huffingtonpost.co.uk·Sep 22 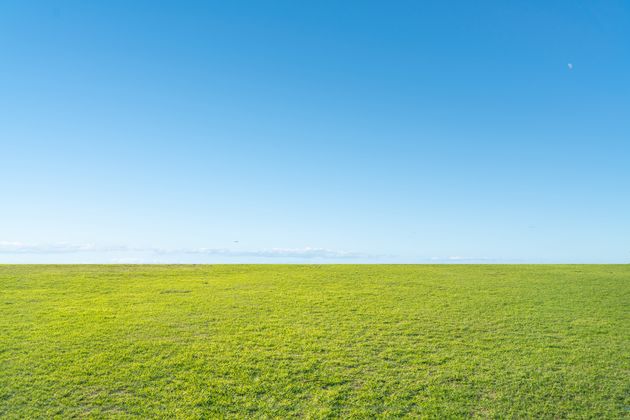 “Jesus will return within the next decade, mark my words,” said my father as we walked home from church. It was 1998, and I had just turned six.

Secretly, I was gutted. If judgement day comes so soon, I’ll never learn to drive, I remember worrying. But the second I thought this, I was flooded with guilt. According to Psalm 139, “God knows what I am going to say before I say it. He knows my thoughts from afar. Like a caged bird, he’s got me surrounded.”

For 21 years, I earnestly believed this. Growing up, it seemed logical, because God was omnipresent.

At home, he was there.Christian memorabilia cluttered every room. Hand-written Bible verses and straw crosses were pinned to the walls. Even above the toilet, a poster read: “God is the same yesterday, today, and forever”.

In the car, he was there. Our Honda was an indoctrination mobile, the glove compartment crammed with sermon tapes describing hell in graphic detail. Those who rejected Christ, the narrator warned, would be “thrown into the furnace, where there would be weeping and gnashing of teeth”.

At school, he was there. A wooden crucifix hung in the hall, as though Jesus watched as we ate our meals, which always began with grace and ended with a hymn. Our headteacher would praise God rapturously, swaying at the piano.

On holiday, he was there. Summers were spent at Christian retreats, filled with like-minded, God-fearing families, whoprayed in tongues andhealed the sick. My life was an echo chamber of Christianity. That’s because my father, a born-again Christian, believed in the six-day creation narrative, biblical giants, and flat-earth theory. Interpreting the scriptures literally, he believed the earth had four corners, based on a prophecy in the book of Revelation, where angels guard each one in a war against God’s enemies last days.

He believed 90% of the population were hell-bound. Meaning well, he did everything he could to ensure me and my siblings were in the 10%.

I was raised to be suspicious of anyone sacrilegious enough to suggest otherwise, including Nasa (rebels who rejected God by seeking answers in outer space), science teachers, and even Universal Pictures. The latter may seem bizarre, but the infamous movie introduction featuring a rotating globe was, in my father’s view, blasphemous. Growing up in a small seaside town, we would often go on ‘prayer walks’ along the beach as a family, where the glowing horizon did indeed appear to be flat. My father would point to this as unequivocal evidence – and as a small child, it seemed pretty compelling.

He also gravitated toward thefire and brimstone of the Old Testament (unlike more liberal Christians, who were almost apologetic about it, as if excusing a cranky grandparent).

He also believed 90% of the population were hell-bound. Meaning well, he did everything he could to ensure me and my siblings were in the 10%, leading us in daily prayer and Bible study. We had to beat Satan, the “father of lies”, who led God’s children astray with his tricks. Such tricks includedplanting dinosaur bones to fool mankind into believing in evolution. We were in a cosmic battle of good versus evil – it was petrifying, in a thrilling sort of way.

So I ′preached the good news’ to anyone who would listen (and this didn’t come naturally to a painfully shy introvert). People invariably reacted with ridicule, but this only strengthened my faith – after all, the Bible predicts that unbelievers would scoff at the truth.I often struggle to fathom how I believed for so long, but now I attribute it to three things.

First, my formative years were spent in an environment where the Bible was indistinguishable from reality. That Jesus existed was as normal as brushing my teeth. According to the Church of England, 64% of church-goers became Christian as toddlers. Take it from me, childhood indoctrination works.

Second, there was the exclusion of mainstream media. Films like Harry Potter – “an abomination to God” – were forbidden. Instead, we watchedGod TV or wholesome cartoons likeVeggie Tales. We only went to the cinema once, to watch The Prince of Egypt, based on thebook of Exodus, in 1999.

Lastly, there was the fear of being ostracised. Everyone I loved believed, and I thought the authority figures – parents, teachers, and churchgoers, knew best.

I confessed my doubts to the church, who treated me like a heretic. It hurt more than I can describe – they were my second family

As a teenager, I came to see how incongruent my faith was with the outside world. I did a great deal of mental gymnastics to rationalise it, researching Christian books and websites, leading to confirmation bias. But it didn’t last. Deep down, I always doubted. I remember eyeing middle-aged Sunday school teachers, thinking how can you possibly believe this? But my hardwired fear of hell always triumphed.

When I was 21, my faith unravelled. I was working at a Canadian summer camp as a pianist, where attendees were predominantly Jewish. I found myself amongst people who believed just as fervently in their God. They were kind-hearted, they loved their neighbours, and I couldn’t justify why they were hell-bound for being brought up outside Christianity.

So I studiedChristian apologetics, but ended up encounteringmore problematic aspects of the faith such as the inconsistencies between the gospels, the lack of archaeological evidence, and the heavy influence of Greek mythology in the Bible.

Once home, I confessed my doubts to the church, who treated me like a heretic. It hurt more than I can describe – they were my second family. I left and travelled through South America, learning Spanish as I went, seeking new perspectives and answers. I never did find them. Now, as an agnostic, I am at peace with the fact that I never will.

In desperate moments – say, if a car is speeding toward me – I still pray instinctively, even though I no longer believe anyone is listening. And when I am anxious, I catch myself repeating Bible verses out of habit, a relic from another life.

I don’t regret my upbringing. It gave me a love of literature, music, and an insight into Judeo-Christian culture. The secular world could learn a great deal from it – the importance of introspection, community, and, in our frantic lives, rest.

My dad still invites me to church, hopeful I will rediscover the truth there. Occasionally I attend, but as a passive observer; I no longer believe I need a saviour. And this truth has set me free.

Lara Joan is an author and journalist, writing under a pseudonym

Have a compelling personal story you want to tell? Find out what we’re looking for here, and pitch us on [email protected]

How To Keep Your Child Teeth Healthy And White?

Why you don’t actually own any Amazon Prime Video content