Tom Cruise is going into outer space. Yes! You heard it right. It is official; Cruise is going out of the Earth in October of next year. He is Hollywood’s one of the A-listed stars and known for his characters in action-packed movies, including the macho character of Ethan Hunt in the Mission Impossible franchise. Cruise always has been an adrenaline junkie and pushes his limit beyond the maximum. He also performs most of his stunts on his own. 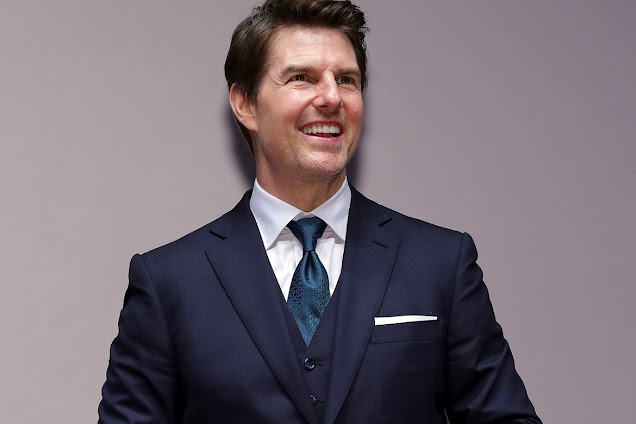 Thomas Cruise Mapother IV is an American producer and actor. He has received many awards for his work, including three Golden Globe Awards and three nominations for Academy Awards. He is one of the highest-paid actors in Hollywood. Cruise began his career in the 1980s and gained popularity from films like Risky Business in 1983, Top Gun in 1986, The Color of Money in 1986, Rain Man in 1988, and many more.

He moved to New York at the age of 18 and did his first movie titled Endless Love in 1981. Cruise believes in Scientology, he is also an outspoken advocate for the Church of Scientology. He became involved in Scientology through his first wife, Mimi Rogers in 1990.

Recently, the news of Cruise’s involvement in an upcoming project was revealed, in which he is working alongside NASA and Elon Musk and based on an outer space film. Although the movie does not have a title yet, and there is very little news about the project. But the news is excellent for its groundbreaking nature; the project is still under development.

The twitter handle of Space Shuttle Almanac, which updates all space-related stories, confirmed that the involvement of Cruise is a piece of trustworthy news and his project has been green-lighted by all involved parties. The tweet highlights that Commander Michael Lopez-Alegria, who manages the record of NASA spacewalk, will pilot the Axiom Space Station on a tourist mission in October 2021. Director Doug Liman and Cruise will be on board when Axiom sets off for outer space. The tweet reads: So it’s confirmed that @CommanderMLA is flying the @Axiom_Space @SpaceX #CrewDragon tourist mission with Director @DougLiman and Tom Cruise. One seat still to be filled. They are to launch in October 2021.

Along with the tweet Space Shuttle Almanac, they attached an image of the manifest International Space Station for the next three years. And the month October 2021 is marked with “SpaceX Crew Dragon Axiom Tourist Flight”, with Cruise, Liman, and Lopez-Algeria confirmed to be all on board.

It will be amazing to watch how the team will complete a particular sequence. However, it is specific Cruise will find some way out. After all, the Final Frontier sounds like a stepping stone for this star.

GPS Not Working? Here’s How You Can Fix It

Pixar Released the Trailer of Soul and Voice Cast Announced

Play These Outstanding Card Games on Your Android Device