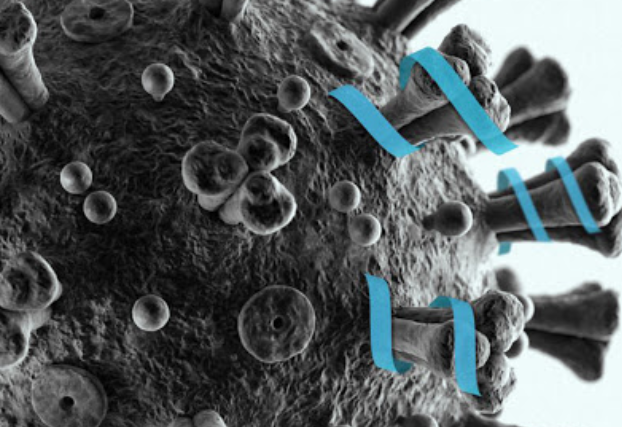 After unremitting efforts, scientists have uncovered part of the mystery of the new coronavirus (SARS-CoV-2) and learned that this virus interacts with blood vessels through a specific region of its spike protein (called the receptor binding domain) and Enzyme 2 (ACE2) and enters human cells.

At present, dozens of research teams around the world are trying various methods to find new treatments for COVID-19. Among them, a report published by the Massachusetts Institute of Technology on the preprint website bioRxiv proposes a new idea for COVID-19 therapy: the use of new peptides.

Why is a new peptide? Generally speaking, small molecule inhibitors are less effective in destroying the extended protein binding interface, while peptides can achieve the desired effect by binding to the interface region containing multiple contact "hot spots". Therefore, MIT researchers have developed a peptide-based lead compound to prevent the binding of the receptor binding domain of the spike protein to ACE2 through the high-affinity peptide binding interface, thereby helping people resist the invasion of SARS-CoV-2.

This is not the first time MIT has used a new peptide. As early as 2018, Professor Amy Keating of the school led the team to synthesize a new peptide that can induce multiple types of peptides including breast cancer, lymphoma, and leukemia. This kind of cancer cells die, and it is expected to be used together with other drugs to treat cancer.

In this new study, the researchers performed a computer simulation of the interaction between the ACE2 receptor and the SARS-CoV-2 spike protein receptor binding domain, revealing the location of the connection between the two-an ACE2 A piece of protein that forms an alpha helix structure. Subsequently, the researchers used the previously developed peptide synthesis technology to quickly generate a 23-amino acid peptide molecule (SBP1) with the same sequence as the alpha helix of the ACE2 receptor. This is an endogenous peptide completely derived from the human body, so it can be well tolerated by the human immune system and may be very beneficial in the later stages of pre-clinical development.

Based on a bench-top flow peptide synthesis system, researchers can form connections between amino acids (components of proteins) in about 37 seconds, and generate complete peptide molecules containing up to 50 amino acids in one hour.

In addition to SBP1, the researchers also synthesized peptides with a short sequence of only 12 amino acids found in the alpha helix, and then tested the two peptides using an instrument from the Massachusetts Institute of Technology that can detect the strength of molecular binding. It was found that the longer peptides bind closely to the receptor binding domain of the COVID-19 spike protein, while the shorter peptides have little effect.

Brad Pentelute, the first author of the report and an associate professor in the Department of Chemistry at MIT, said, “We are confident that we know exactly where the molecule interacts and use this information to further guide improvements, so that we can hope to obtain a higher affinity. And greater effectiveness to prevent the virus from entering the cell." At present, researchers have sent SBP1 to the research laboratory of Icahn School of Medicine at Mount Sinai to test its effect on infected human cells and animal models.

However, one disadvantage of peptide drugs is that they cannot usually be taken orally and must be injected intravenously or subcutaneously. At the same time, how to make the drug stay in the blood long enough is also a problem. Pentelute said, "It is difficult to predict how long the test will be, but my goal is to complete the test within a few weeks. If the results are more challenging, it may take several months."

One Year Out T Shirts