You Should Not Miss These Mystery Games

Mystery games are the best place to get surprises as you find a lot of astonishing stuff while playing the game. Here are some mystery games that you should not miss. 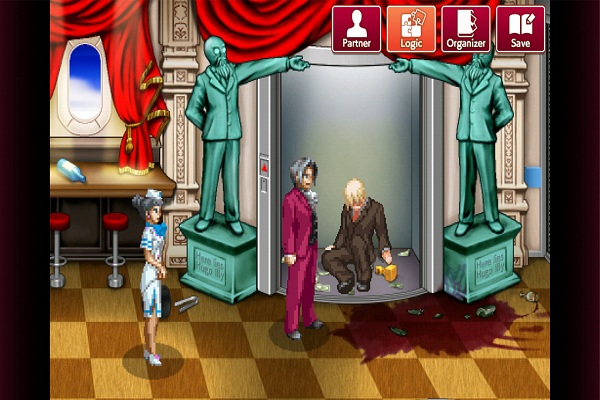 Adventure Escape is another very popular series of mystery games that contains five different games. Each game has a fantastic storyline in the series, and your goal is to solve various puzzles through progressing the story. Adventure Escape is a classic style point-and-click adventure mystery game that features mystery elements, escape-room mechanics, and various puzzles. You can play it entirely for free, but you can purchase hints if you want to.

Clue is quite a decent classic board game. You simply move around the board to collect and assemble various clues so that you can find out the place of murder, murder weapon, and who the actual killer is. You also get clipboards. The game is available for $3.99 with in-app purchases. It is a good game, but it has some issues with the multiplayer mode.

Danganronpa: Trigger Happy Havoc is a pretty amazing thriller-mystery game where you start as a student in a government academy, and you have to murder any of your classmates to graduate without coming in anyone’s notice or without getting caught. Well, the storyline of the game is undoubtedly fantastic, and you will love playing it, but it is not available for free. The game is a little bit expensive; it will cost you $17.99 with no in-app purchases or ads.

Life is Strange is a pretty nice adventure-mystery game; it is a series of two games. In Life is Strange, you play a girl named Max Caulfield, who can rewind time in short bursts to change minor things. The game begins when a classmate of Max Caulfield mysteriously disappears. Your goal is to use her ability to investigate the mystery behind the disappearance of her classmate. It is a fantastic mystery game with pretty decent graphics, amazing mechanics, and a nice storyline. But it is not available for free to play; you will have to spend up to $8.99 for each game in the series.

The Professor Layton is a fantastic series of really amazing mystery games; it has four games right now. The games in the series are Curious Village, Diabolical Box, Pandora’s Box, and Mystery Journey. All the games in the series share an almost similar story. When you start the game, you will see Professor Layout going on a journey to tackle various mysteries. This series is very popular on Nintendo DS, and you can play the games from this series on your Android device by paying between $9.99 and $15.99 for each game without any ads or in-app purchases.

The Room is another fantastic series of mystery games; it includes four games. In the game, you will be trapped in a room, and you will have to solve a variety of puzzles to escape. The games in the series feature fantastic graphics, an arcane storyline, and clever puzzles. The first game of the series is relatively basic, but others are amazing and offer many extra features. It is a great mobile franchise for mystery games that will cost you between $0.99 and up to $4.99 for each game.

So, these are some mystery games that we recommend you to play on your Android device. Thank you!

Source-You Should Not Miss These Mystery Games