Call of Duty: How to Acquire a Pumpkin Head

The Verdansk location and Halloween event are the newly added content of both Call of Duty Warzone and Modern Warfare. Because of the Halloween event, developers have offered the feature of wearing Pumpkin Head during the match. Indeed, cosmetics are usually equipped before the match, but developers have made some changes to the Halloween event. It’s a great feature where players can wear head accessory mid-match. However, fans are slightly disappointed that the Pumpkin head is only available for a limited time. Players can get the Pumpkin head, but they can’t keep it for long.

Pumpkin Head is currently available in the game, but players have to get it to wear. Despite being a limited item, finding Pumpkin Head is fairly simple, and it can be burst into flames as well. To burst flames out of Pumpkin’s head, all you need is a skill, ammo, and some luck. 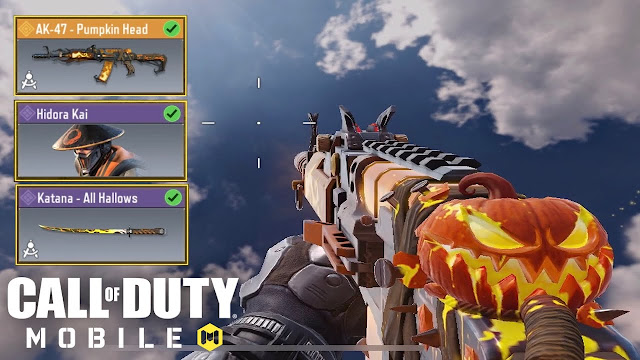 Another accessory for the head is a jack-o-lantern that also gives a unique look. To unlock the jack-o-lantern helmet, players have to arrive at the new location Verdansk. The Halloween event will be live until November 3rd, and then all the new cosmetic items will be removed. However, the Pumpkin head is the only accessory that players are demanding to be permanent.

To make the Halloween event interesting, developers have added plenty of new features and redesigned the sites. The fresh new Onslaughter mode is also an interesting mode that arrived along with the Halloween update. Players are enjoying this new mode a lot, and most of the players have seen Juggernaut with jack-o-lantern patrolling.

Developers never miss the chance to surprise their fans, especially on the Halloween event. Indeed, in the Halloween mode, items are only available for a limited time, but these small updates make the game truly addictive. Currently, a limited timed challenge is live in Warzone named Trick and Treat. This challenge is offering 16 challenges along with a blueprint for those who’ll find every treat.

Data Center Rack PDU Market is expected to register a substantial CAGR of 7.64%

A Useful Guide for the First time Home Buyers

Fortnite: How to Eat Candy

Days Gone: How to Take Down Hordes

How to Become a Shadow in Fortnite