How Labour's Day Of Reckoning On Anti-Semitism Unfolded

Posted by James Kiley from huffingtonpost.co.uk·Oct 29 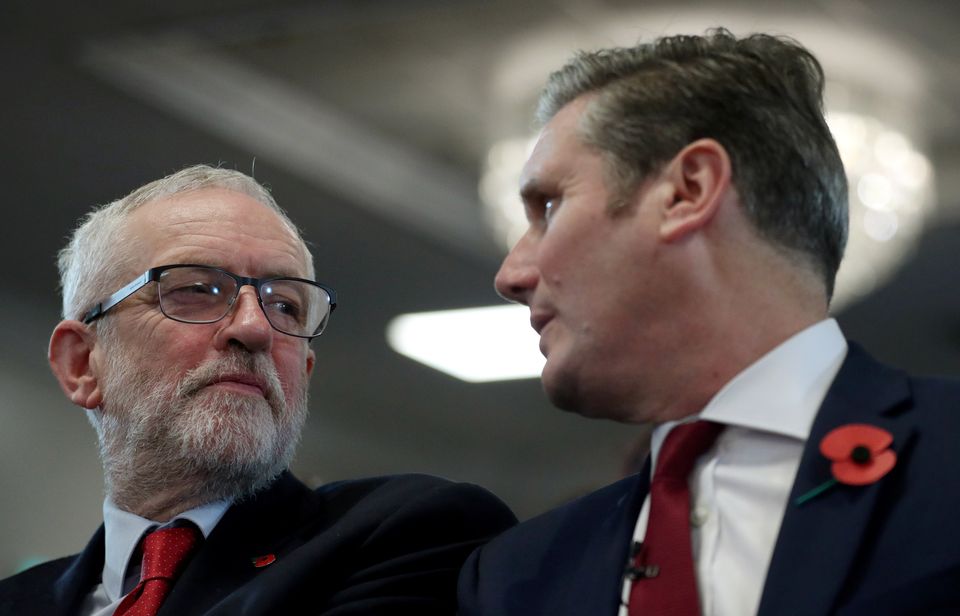 Thousands chanted his name at Glastonbury when the “youthquake” election of 2017 saw him almost topple Theresa May.

Just a few short months ago, he was leader of HM Opposition and candidate to be prime minister of the United Kingdom.

Now, Jeremy Corbyn faces being the first Labour leader since Ramsay MacDonald to be thrown out of the party.

And because what some tonight call his “callous denialism” in the wake of the Equality and Human Rights Commission’s report on anti-Semitism, the now-independent MP for Islington North is left with few allies and nobody to blame but himself.

Here’s how this extraordinary day in British politics unfolded and what it all means.

It began at 10am when the equality watchdog, established by Tony Blair’s government in 2006, published its long-awaited report.

While it did not rule that Labour was institutionally anti-Semitic, it found the party under Corbyn was guilty of breaking the law on equality.

Two bombshell findings stood out: Labour had harassed and discriminated against Jewish people and there had been political interference from Corbyn’s office in complaints.

It was a sombre moment for “the party of equality” as EHRC chair Caroline Waters told reporters of “inexcusable” failures, which “appeared to be a result of a lack of willingness to tackle anti-Semitism”.

Starmer, ever the lawyer, had carefully designed a statement to mark the event’s gravity – “it is a day of shame” – and set out a roadmap for how Labour would act.

But minutes before his statement, deputy leader Angela Rayner was trying to stop Corbyn and his team from sending out a statement on Facebook which flew in the face of the reports findings and said anti-Semitism was “dramatically overstated for political reasons”.

She failed and within minutes general secretary David Evans had suspended Corbyn.

It “can come as no surprise”, one source close to Starmer told HuffPost UK, after the leadership and Evans warned MPs anyone who undermined the EHRC report could face action.

Whether Corbyn discovered his fate via a photographer, or as the party claims, via correspondence following talks, is unclear.

At 2.45pm, Evans and Rayner informed the party’s regional directors, most of whom were appointed during the Corbyn era, via a Zoom call.

Evans told them “strenuous efforts” were made to resolve the matter with Corbyn, which were “not successful”, while Rayner, who would later tell broadcasters Corbyn had a “blindspot” on anti-Semitism, warned directors to be professional.

A call for questions was met with stony silence. But elsewhere in country, one staffer from Newcastle said some members had already begun phoning to resign their membership.

The atmosphere at an emergency shadow cabinet meeting at 4pm was “anger, despair and disappointment” at Corbyn’s actions, with shadow ministers warned not to wade into rows.

While the move might make internal party management difficult for Starmer, it will do him no harm with voters, particularly those in the red wall.

Tory chair Amanda Milling tried out a curious new attack line in a campaign email to supporters, given recent events, claiming that Starmer was “Corbyn’s man”.

Claiming Starmer “stood by Corbyn when it was politically convenient”, the keeness to link the two men gives away how heavily the Conservatives relied on ex-Labour voters’ dislike of Corbyn.

The ex-leader has vowed to “strongly contest the political intervention to suspend me”. Starmer flatly denies any involvement in Corbyn’s suspension, which was dealt with by the party’s governance unit, but has said he supports their decision.

What is striking is how few figures have emerged to defend Corbyn in the full-throated manner they have in the past.

John McDonnell, who served as shadow chancellor throughout Corbyn’s tenure, described the suspension as “profoundly wrong” but urged “calm” among members.

The Socialist Campaign Group of MPs, which includes figures such as Richard Burgon said it “will work tirelessly for his reinstatement”, with little detail.

Len McCluskey called it a “grave injustice” and, rather tamely compared with the Unite boss’ usual form, urged  Starmer to “unite the party”.

Tellingly, amid reports local Labour parties are haemorrhaging left-wing members, he also called on members “angered by this suspension not to leave the party”.

“This is what the left fear, a loss of influence,” said one source, pointing to upcoming elections for the National Executive Committee.

Rumours had begun in Westminster of a breakaway party, but attempts by left-winger Howard Beckett to withdraw further Unite funding from Labour failed.

While many will be angry, others who have clashed with Corbyn on issues such as Brexit, and know a socialist breakaway party would fail, will be relieved to get a divorce from “Brand Corbyn”, as some feel he undermined their moral authority.

“They know micro parties are a waste of time and they are thinking about how they can fit into the future,” said one insider.

Or as Margaret Hodge, the Jewish Labour MP who repeatedly challenged Corbyn over his failings on anti-Semitism, put it he is “yesterday’s man”.

So what does it say about Starmer’s new leadership, and how, if elected, the former director of public prosecutions might run the country?

One former adviser tried to sum it up: “Keir is really, really obsessed about rules. He lives his life by following the rules.

“And sometimes by being conservative and doing exactly what the rules say, you can also be quite radical.”

The text above is a summary, you can read full article here.
5

Data Center Rack PDU Market is expected to register a substantial CAGR of 7.64%

A Useful Guide for the First time Home Buyers