A good horror TV show is one that leaves your nerves thrilled for a long time. Netflix offers many horror TV shows to watch, which have a gripping storyline, amazing direction, and famous star cast. If you are looking for a good horror TV show to watch on Netflix, then you will find lots of options, and these many options can leave you confused, so we have got you covered. In this article, we have listed the best horror TV shows available on Netflix. Let’s scroll down and find the right picks for you. 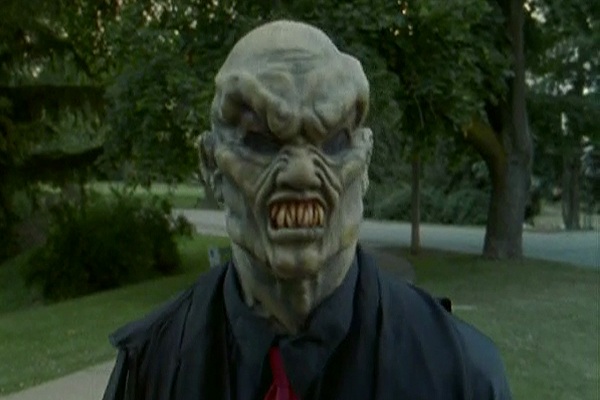 Kingdom is one of the most popular horror TV series available on Netflix. This series revolves around a deceased king and his kingdom, where a mysterious plague is spreading. The prince has to take charge to fight against evil and save his people. This Korean series is written by Kim Eun-hee. Jeon Seok-ho (Beom-pal), Kim Sang-ho (Moo-young), Ju Ji-hoon (Crown Prince Yi Chang), and Jun Ji-hyun (Ah-sin) are starring in this series. Kingdom has received an IMDb rating of 8.4.

Dead Set is a five-episode series inspired by a classic horror movie Dawn of the Dead. Directed by Yann Demange, this popular TV series depicts the story of a zombie attack on Britain. This series shows the struggle between life and death as the contestants who are filming a season of Big Brother remain unaware of what’s happening outside their house along with the crew. Jaime Winstone (Kelly Povell), Charlie Brooker (zombie), Davina McCall, and Kathleen McDermott (Pippa) are starring in this series. Dead Set has received an IMDb rating of 7.7.

Marianne is there to leave your nerves thrilled if you love the horror genre. This series is the story of a famous horror writer who finds the evil spirits of her dreams are threatening the real world. There is one season of 8 episodes available of this series. This series is directed by Samuel Bodin, and it is starring Victoire du Bois (Emma Larsimon), Lucie Boujenah (Camile), Délia Espinat-Dief (Marianne), and Tiphaine Daviot (Aurore). Marianne has received an IMDb rating of 7.5.

The Haunting of Hill House

As the name suggests, The Haunting of Hill House revolves around the haunted life of a family. This story keeps moving between the past and the present of the Crain family as they are haunted by the incidents which took place 26 years ago when they went to renovate and sell a hill house in the summers of 1992. This series is created by Mike Flanagan. Victoria Pedretti (Eleanor Crain Vance), Oliver Jackson-Cohen (Luke Crain), Kate Siegel (Theodora Crain), and Henry Thomas are starring in this series. The Haunting of Hill House has received an IMDb rating of 8.7.

If you are looking to watch something that will horrify you and make you laugh simultaneously, maybe you should consider watching Ash vs. Evil Dead. This series is the story of Ash, who is the only hope of humanity against a Deadite plague after he has spent the last thirty years of his life avoiding responsibilities and the terrors of Evil Dead. Bruce Campbell (Ash Williams)

Netflix packs many horror TV shows in its library, and it can always be confusing for you to pick the best ones. In this article, we listed the best horror TV shows available on Netflix, which you can watch to have a great time.

Source-These Are the Best Horror TV Shows on Netflix

AMD, Nvidia, HPE tapped to triple the speed of US weather super with $35m upgrade

US cyber intelligence officer jailed for kidnapping her kid, trying to hawk top secrets to Russia in Mexico

Hey, AT&T, you ripped off our smartwatch-phone group call tech – and we want our $1bn, say entrepreneur pair

Knock, knock. Who's there? NAT. Nat who? A NAT URL-borne killer

Time to haul DBaaS: Neo4j joins the fully managed club as doubts linger about its cloudiness