One of the goals of COP-21 (Paris Climate Agreement) was carbon sequestration. It works as carbon storage, thus, leading to the creation of a surplus of carbon compounds. In today’s environment, where carbon-related emissions enhance the entire ecosystem’s vulnerability, storing compounds of carbon restricts any emission. One of the safest and cleanest compounds of carbon is methane. But, when exposed to the atmosphere, methane is more dangerous than carbon dioxide. The primary source of methane is at the seabeds and frozen formations along the continental margins. Due to high pressure and low temperature, the frozen icy layer does not leak the methane gas. Methane remains in its gaseous form because of the high pressure. Yet, scientists were unable to state the reasons behind the escape of the methane gas. 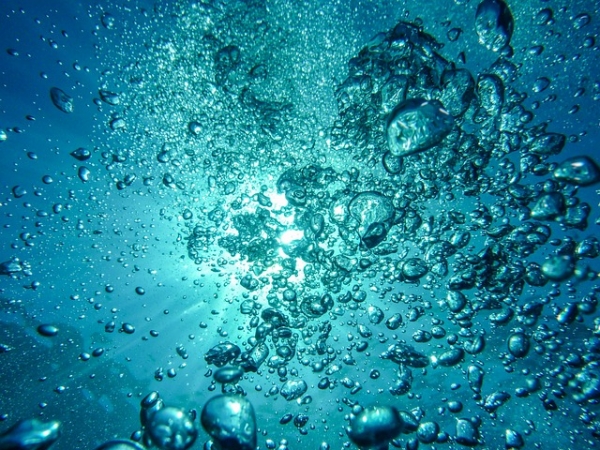 To have a more consolidated observation, scientists experimented to understand the reason behind the leakage process. Using a combination of deep-sea observations, laboratory experiments, and computer modeling, scientists got a better scientific outlook about the phenomena. For marine observations, scientists studied the images and videos from NOAA (National Oceanic and Atmospheric Administration) Office of Ocean Exploration and Research. One of the surprising observations is that frozen hydrates facilitate the escape of the gas. A NOAA research ship in the Gulf of Mexico revealed the process of bubble formation of methane gas at the seafloor.

Scientists also observed that due to seismic activities, narrow conduits or chimneys form at the seafloor. These small geographical features develop the escape passage for methane hydrates. The escape passages give more space to the gas, hence, letting it expand. The expansion of the gas can create enough pressure to rupture the hydrate shell. Before the escape or moving out, these frozen icy hydrates form a tubular boundary around the gas. Then it lets the tubular shape substance move out of it. So, the frozen hydrates or icy seabed floor manifests the escape. When the temperature increases, the frozen seafloor starts melting. Hence, the thickness of the frozen sheet decreases. This melting of the frozen sheet also reduces the pressure and, therefore, increases the probability of escaping the methane gas. The increase in temperature also opens many new vents. So, it enhances the leakage capacity of the gas.

The study would help to understand the distribution of methane gas in the sea and oceans. Thermal simulations would give a better idea of how the gas’s escape can affect flora and fauna. The presence of methane somewhere raises the temperature of the surface of the ocean and sea. So, it reduces the oxygen concentration in the hydrosphere and leads to the loss of aquatic lives. The spread of the gas would also provide information on how it affects the coral reefs present in the marine ecosystem. Hence, further study about the escape of methane gas would help devise a strategy to harness this gas and use it for some energy. This strategy would ensure to take measures to mitigate the harmful effects of methane gas.

AMD, Nvidia, HPE tapped to triple the speed of US weather super with $35m upgrade

US cyber intelligence officer jailed for kidnapping her kid, trying to hawk top secrets to Russia in Mexico

Hey, AT&T, you ripped off our smartwatch-phone group call tech – and we want our $1bn, say entrepreneur pair

Knock, knock. Who's there? NAT. Nat who? A NAT URL-borne killer

Time to haul DBaaS: Neo4j joins the fully managed club as doubts linger about its cloudiness

DNS_PROBE_FINISHED_NXDOMAIN: How to Fix this Error Message

How to Connect 2 Pairs of AirPods to One Mobile Simultaneously

How to Fix AirPods not Connecting to Mac Issue?