Posted by Wayne Konwinski from huffingtonpost.co.uk·Mar 05

“It was not an easy decision,” says James Smith, 40, a catering manager from Nottingham.

“I did keep my distance the whole time. I actually sat in the field for about an hour just thinking and people watching. And for an hour there was no mental issue, no worry or anxiety. I think taking that risk really made a difference.”

Smith’s mum and stepdad had recently caught Covid-19 – and he’d been in contact with them. Following government guidelines, he ordered a test and was self-isolating till he heard back. But given his own history with mental health, he decided that going out for a walk was, on balance, the right thing to do.

“Knowing that both parents had Covid mentally drained me,” he tells HuffPost UK. “My sister, a single parent to a three-year-old, was in the same situation. My test was negative. But I broke the rule of self isolating until I got my results.”

Smith isn’t alone in his rule-breaking – 20,000 people are failing to self-isolate when told to, said Dido Harding, while being questioned by MPs in February.

While it feels easy to condemn all those people as selfish and dangerous in their behaviour, such a large figure of ‘rebels’ implies there may be deeper issues  behind the breach of rules, suggests Sophie Scott, psychologist and professor of cognitive neuroscience at University College London.

Some breaking their Covid self-isolation are acting out of financial necessity: they need to work. Others may feel compelled for health reasons of their own. 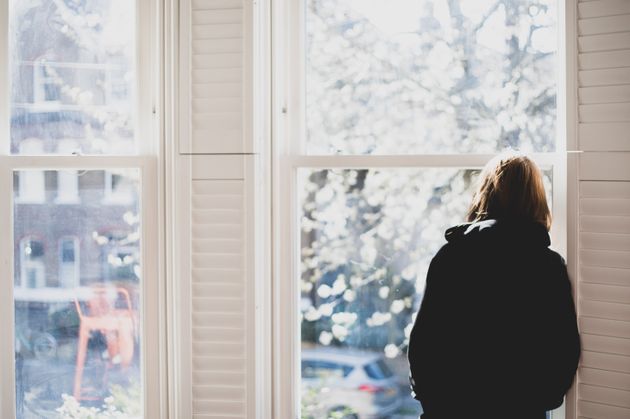 “What feels like a necessary reason to go outside can be different for different people, and people’s experiences of mental health might affect this sense of what is necessary,” says Scott.

“I think it’s a bit too easy to judge other people. No one would justify unsafe behaviour, and obviously we all should be obeying the rules for lockdown and not making unnecessary trips outside, but what is ‘necessary’ is not always a cut and dried question with a clear answer.”

Jenny*, 29, a health worker based in London, felt similarly to Smith when it came to breaking self-isolation rules in order to maintain her mental health.

Her flatmate recently tested positive for Covid-19 and although their house of six distanced as best they could for the next 10 days, Jenny still went out daily when, technically, she should not have left the house at all. “Despite fastidiously sticking to precautions in the house, I did not consider the possibility of not leaving the house once a day to go for a run,” she tells HuffPost UK.

“Later, I spoke with friends who were surprised I’d casually continued running throughout my self-isolation period. I wondered whether what I had done was extremely selfish, but the more I thought about it the more certain I was that I’d done what I needed to do.” 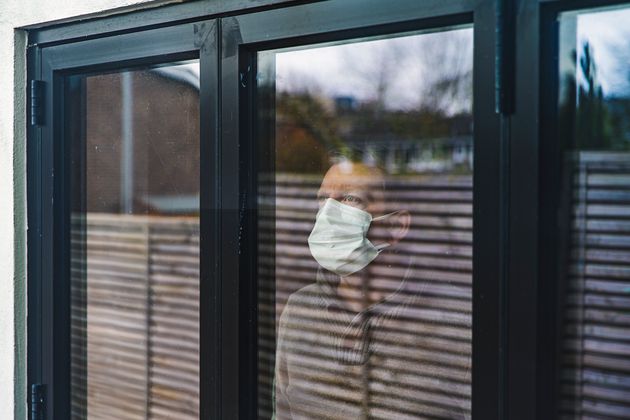 Jenny has a history of depression and ADHD. “Despite taking antidepressants and ADHD medication, by far the most important factor in managing my conditions is daily, intensive exercise,” she says. “I would simply not be able to stay in my room for 10 days without going outdoors to exercise. It’s exactly the kind of situation that would drive me to engage in addictive behaviours as the need to self-stimulate became increasingly desperate.”

Ivana Poku, a life coach for new mums, reports that some of her clients have broken government-enforced Covid self-isolation for their mental health, too.

“I know from both personal and professional experience the negative impact long-term isolation can have on mental wellbeing,” says Poku.

“Getting out for exercise helps maintain good mental health and is essential, especially for those who struggle with mental health issues. While I understand that safety comes first, we also need to be responsible with our health.”

There is also the phenomenon of social cohesion, says Scott. “The more people appear to break the rules, the more likely it is that other people will join in.”

Scott acknowledges self-isolation is a challenge for those who can’t work from home or don’t get paid leave, and may be facing financial or job precarity. “Work and anxiety and money concerns feed into this,” she says, “along with, I suspect, a slight lack of the sheer terror and novelty of the first lockdown.

There is “good evidence”, she adds from behavioural science, that people can sometimes themselves a pass for activities they would judge more harshly in others – “along the lines of it’s OK when I do it, but a problem when someone else does.”

As measures look set to ease in the coming weeks and conversation shifts to ‘unlockdown’ and how we head into a more social spring and summer, safeguarding the nation’s physical and mental health remains paramount.

Virologists stress that Covid-19 will be with us for months, maybe years, to come. Given the infectious and mutating nature of the virus and the emergence of new variants, periods of self-isolation will continue to be necessary for anyone exposed to it, as well as the physically vulnerable and shielding.

Some of these people may be mentally vulnerable, too. It’s not too late to begin a new narrative around self-care in the pandemic: one that refuses to allow quick judgement of others and their actions and recognises that, for many people, the idea of being trapped in a bedroom, house, or simply inside for 10 days straight, is enough to seriously compromise their health.

*Some names have been changed to offer anonymity.

I watched eight hours of Mike Lindell's 48-hour Frank-A-Thon. Here are the highlights.

Fitbit Luxe vs Fitbit Inspire 2: choose the right fitness tracker for you