What To Know About So-Called Post Pandemic Stress Disorder

Posted by Felton Woodall from huffingtonpost.co.uk·Mar 21

The pandemic has been tough for many of us – and the aftermath of that on our mental health is not to be underestimated.

Experts have warned for some time now we may see a rise in post traumatic stress disorder-like symptoms as a result of the collective trauma faced from Covid-19 and its impact on society. Our lives have been fiercely disrupted, and the effects of this are likely to be profound.

“The issue is the invisible nature of a pandemic may see trauma minimised, whereas an event like a war would normalise trauma,” he said, predicting an increase of symptoms relating to anxiety and mood after restrictions ease.

“I believe many of these symptoms will be related directly to underlying trauma and if this isn’t recognised now, then we will be inadequately prepared,” he added, calling for better treatment pathways for those experiencing this level of trauma. Otherwise, he noted, they are only likely to worsen. 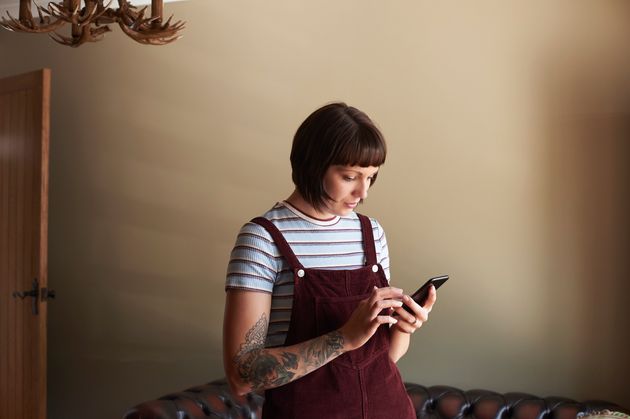 How does pandemic trauma, or so-called PPSD, differ to PTSD?

Post pandemic stress disorder is different to post traumatic stress disorder (PTSD), suggests O’Kane. PTSD is a recognised anxiety disorder “caused by very stressful, frightening or distressing events”. It’s thought to affect one in three people who have a traumatic experience. Symptoms might include:  nightmares, flashbacks, difficulty sleeping, difficulty concentrating, as well as feeling isolated, irritable and guilty. These symptoms are persistent enough to have a significant impact on the person’s day-to-day life, states the NHS.

Unlike PTSD, where people have been faced with one big traumatic event, with pandemic trauma – or PPSD – people have experienced a series of smaller traumas, says O’Kane. These, combined with so much uncertainty, will have repercussions on mental health.

Jessica Gold, an assistant professor of psychiatry at Washington University in St Louis, acknowledged the repercussions of these “little traumas” which have built up over time. She told HuffPost US: “We don’t talk enough about how this pandemic has been basically one big traumatic event, with a lot of little traumas within it ... There are a lot of people suffering because of that right now.”

Has there been any research on pandemic trauma?

The Mental Health Foundation has been monitoring the nation’s mental state throughout the pandemic. Its latest results show the crisis has had wide impacts on UK adults, with 18-24 year olds, full-time students, unemployed people, single parents and those with long-term disabling health problems and pre-existing mental health problems significantly more likely to be feeling distressed.

One study concluded Covid-19 is a “traumatic stressor” which could lead to PTSD symptoms. More than 13% of people surveyed had PTSD-related symptoms consistent with a clinical diagnosis. Traumatic stress was related to future events, such as worrying about oneself or a family member contracting Covid-19, to direct contact with the virus, as well as indirect contact via the news and government lockdowns, said co-author Victoria Bridgland.

What are the likely symptoms of pandemic trauma?

Therapist Sara Barry says there’s been a definite increase in people seeking help for the impact of trauma on their mental health. Symptoms include increased levels of fear and anxiety manifesting as insomnia, mood swings, nightmares, OCD, ruminating, hyper vigilance and hopelessness, she says.

And counsellor Kathryn Taylor has also seen an increase in clients presenting with anxiety, depression and being unable to cope, citing the pandemic as the starting point of their feelings.

How someone reacts to trauma depends on many factors.Therapist Sara Barry

Being in lockdown has exaggerated existing symptoms for some and has triggered underlying trauma, says Barry, which was previously masked by regular routines, structures and busy lifestyles until everything ground to a halt. “Trying to cope with these emotions, without access to supportive relationships, structures and agencies, has been incredibly challenging and at times detrimental to people’s mental and physical health,” she explains.

Barry believes after lockdown, the impact on people’s lives will become more apparent and only then will the effects of this collective trauma really start to take shape. “How someone reacts to trauma depends on many factors including the severity, level of support, levels of resilience and any previous traumatic experiences,” she explains. “There is an opportunity for us to respond to this crisis holistically and give everyone the best possible chance to recover.”

Should post pandemic trauma be recognised as an official disorder?

Is a new name – like PPSD – needed to describe this pandemic-related trauma people have faced? Fiona Van Zyl, therapist and Counselling Directory member, believes so, “as it’s more easily recognisable to the majority of people, which can promote an understanding of what people are experiencing”.

But calling it PPSD could equally throw up issues, she says. “Having a name that is not very different to another disorder [PTSD] may lead to difficulties later on in terms of distinguishing between the two and key differences being overlooked, which could affect treatment and classification,” she adds. “But in my experience, the name has been helpful to clients so far.”

Taylor doesn’t believe a new name is needed to describe the pandemic’s impact on mental health. “It’s just another label and some of the response to the pandemic has really just awoken underlying issues or concerns that were already there for my clients,” she says, “be that previous traumatic events they had either felt they had moved past or had buried inside them.”

Labelling it PPSD could prevent some people from reaching out for help, she suggests, “as they see the title as too severe for how they feel and that it must be for other people who feel worse than they do”.

Therapist Natasha Page, a member of the British Association for Counselling and Psychotherapy (BACP), agrees another name isn’t needed. “But people will be more likely to suffer from PTSD as a result of the pandemic,” she notes.

Rather than coining a new name for this trauma, Barry believes it’s crucial that access to ongoing and accessible support, including a range of therapies, must be made available to everyone who needs it.

Health Tips for Diabetes Patients in this pandemic

Biden says pandemic only among unvaccinated as he urges shots