What Is ‘Genetic Pain’? How To Spot Your Intergenerational Trauma

Posted by Donald Herrera from huffingtonpost.co.uk·May 15

Prince Harry has said he wants to break the cycle of “genetic pain” in the royal family, during his first major interview since his sit-down with Oprah.

Harry joined the Armchair Expert podcast with hosts Dax Shepard and Monica Padman, and revealed he wanted to leave royal life in his 20s, calling it a cross between living in The Truman Show and a zoo.

Speaking about his upbringing, he said: “There is no blame. I don’t think we should be pointing the finger or blaming anybody, but certainly when it comes to parenting, if I’ve experienced some form of pain or suffering because of the pain or suffering that perhaps my father or my parents had suffered, I’m going to make sure I break that cycle so that I don’t pass it on, basically.

“It’s a lot of genetic pain and suffering that gets passed on anyway, so we as parents should be doing the most we can to try and say ‘you know what, that happened to me, I’m going to make sure that doesn’t happen to you’.”

We asked two counselling psychologists what we need to know about “genetic pain”. 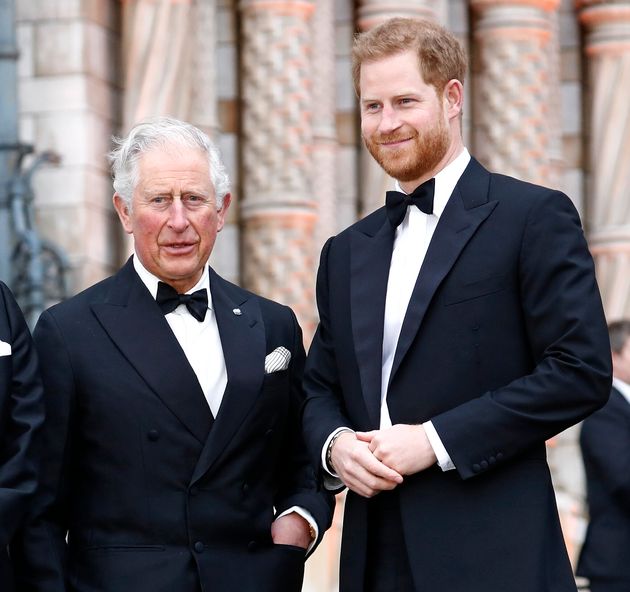 What is ‘genetic pain’?

Instead of “genetic pain,” Jo Coker, a counselling psychologist who works with the College of Sex and Relationship Therapy, prefers the term ”unresolved intergenerational trauma”.

“There’s growing evidence that there’s possibly some genetic link to intergenerational trauma, but that’s at a very early stage,” she tells HuffPost UK. “I think Prince Harry may have just cottoned onto that term, but it’s perhaps not a term we would tend to use.”

Intergenerational trauma is when somebody has had a traumatic event in their childhood – or an experience they didn’t enjoy or didn’t like – and they go on to repeat that same pattern with their children, she explains.

How does intergenerational trauma manifest?

There aren’t a series of tick-boxes you can check to see if your family is impacted by intergenerational trauma or genetic pain, says counselling psychologist Dr Chloe Paidoussis Mitchell.

“It’s often invisible, and can cause mental health difficulties such as anxiety, depression and addiction issues,” she tells HuffPost UK. “Often, children carrying the wounds of generational patterns feel very low self-worth and self-esteem, and because there’s no obvious cause, they don’t understand it and try and mask it, or avoid facing it.”

This trauma, or pain, can be very destabilising and impact a person’s sense of wellbeing and happiness over a number of years, she adds. “Therapy to heal genetic pain involves learning to build a positive relationship with oneself and awareness of what has contributed to this pain.”

How to break the cycle

Both experts agree avoiding blame is key to breaking the cycle. Cross generational trauma is “unintentional and unconscious” and “distressing for all parties” in almost every case, says Dr Paidoussis Mitchell.

“Stopping the patterns doesn’t mean rejecting parents or accusing them,” she adds. “To stop patterns from being repeated, it’s important to do this from a place of compassion, not judgment and rage, so you’re sure you’re not unconsciously enacting a pattern of repressed anger to your own children.”

Learning about the historical context of your parent’s (or grandparent’s) experience can help you to approach the topic with more neutrality, says Coker.

“For example, if we go back to the previous century and look at the 1920s, 1930s and 1940s, people would send their children halfway across the world to boarding school and not see them for a year, but we would consider that pretty barbaric now,” she says.

“So you also have to see trauma in the context of history. If you’re trying to recover from intergenerational trauma, you need to be able to understand the events that happened, not just see it in isolation and in the context of today’s world. What sounds unacceptable today may have been acceptable then.”

Talking to your parents or grandparents about their childhood is the first, obvious step to greater understanding of historical context. “It’s all about having sensitive conversations about childhood with all generations in the spirit of love and care, rather than rejection and judgment,” says Dr Paidoussis Mitchell. “People make mistakes and parenting is always about being good enough.”

Making an active choice to confront these troubling memories and break a cross generation pattern “takes courage and can be very destabilising for the whole family,” she adds. Professional guidance is often advisable, so intentions are properly validated and understood.

How Can a Teen Start a Modeling Career?