No.10 Hits Back At Dominic Cummings Attack On UK's 'Joke' Border Policy

Posted by Mary Jones from huffingtonpost.co.uk·May 18 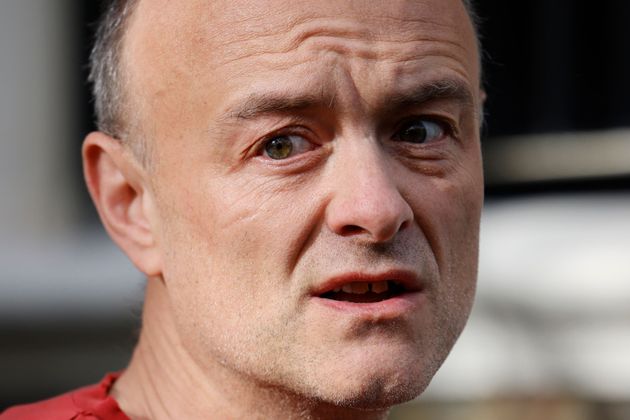 Downing Street has rejected claims from Dominic Cummings that the UK’s Covid border policy is “a joke” – despite fresh confusion over travel to so-called amber list countries.

The prime minister’s official spokesperson hit back after Boris Johnson’s former chief adviser used a series of tweets to lambast government handling of the pandemic.

Ahead of a potentially explosive evidence session before MPs next week, Cummings said the country’s contingency plans were “part disaster, part non-existent”.

When asked about Cummings’ claim that the UK had a “joke borders policy”, the spokesperson replied: “I would reject that. We have the strongest border measures in the world.”

5/ There's a general western problem based on nonsense memes like 'asians all do as they're told it won't work here'. This is what many behavioural science 'experts'/charlatans argued, disastrously, in Feb2020. This nonsense is STILL influencing policy, eg our joke borders policy

Cummings’ broadside follows criticism that Johnson failed to stop the import of the Indian variant of the virus by waiting too long to ban arrivals from India.

His criticism of the border policy also came amid wider anger from Tory MPs that Britons are being told not to travel on holiday to amber list countries, even though it is no longer illegal to do so.

Amber list states – includes France, Spain and most of Europe – require testing on return and 10 day quarantine at home, but health secretary Matt Hancock said on Monday that no one from the UK should travel there.

Under the new traffic light system, people can travel from green list states like Portugal without having to isolate on return. Those travelling from red list countries have to pay for quarantine in specific hotels.

No.10 moved quickly to dismiss claims from Cabinet minister George Eustice that people could travel to amber list countries to meet family and friends.

And Johnson himself said: “It is not somewhere you should be going on holiday, let me be very clear about that.”

“If people do go to an amber list country – if they absolutely have to for some pressing family or urgent business reason – then please bear in mind that you will have to self isolate, you will have to take tests and do a passenger locator form and all the rest of it.

“You’ll also have to self isolate for 10 days when you get back and that period of self-isolation, that period of quarantine, will be enforced with fines of up to £10,000.”

Some 150 flights a day are flying to amber list countries, and there are claims that at airports like Heathrow they are not being separated from passengers arriving from red list countries.

Asked if Eustice was speaking for the government, the PM’s spokesman said: “There are some limited reasons why it might be acceptable to travel, for work purposes, protecting essential services, or for compassionate reasons such as a funeral or care of a family member.

“But otherwise people should not be traveling to these countries that is our position.”

Dominic Cummings Says Matt Hancock Lied And Should Be Sacked

Retail investors are on pace to sink a record $1 trillion into stocks this year - and the flows have actually accelerated over the past month, JPMorgan says