Posted by Henry Booker from huffingtonpost.co.uk·Jul 19 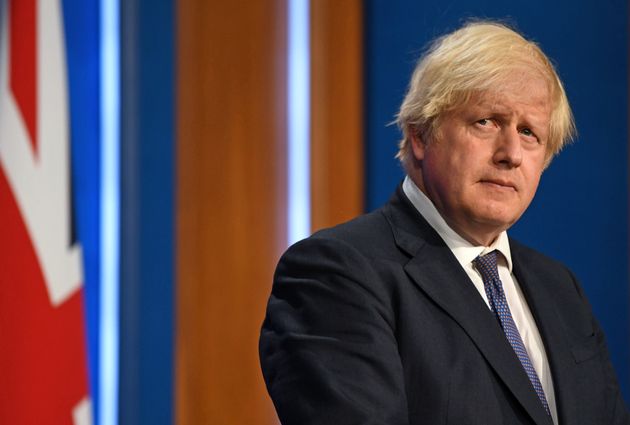 Boris Johnson will hold a press conference on Monday at 5pm, as England marks the lifting of most Covid restrictions.

But the briefing will not be in Downing Street as usual, as the prime minister self-isolating at his official country residence at Chequers.

Johnson was pinged by NHS Test and Trace over the weekend after coming into contact with health secretary Sajid Javid, who subsequently tested positive for the virus.

The prime minister had initially attempted to use an opt-out to avoid having to isolate.

But he was forced into a hasty u-turn amid an angry public backlash at the idea the PM should receive special treatment.

The UK is delaying lifting its COVID-19 restrictions by 4 weeks until July 19, Boris Johnson announced