It looks like DC and Zack Snyder are leaving no stone unturned to achieve the best version of the 2017 disaster.

It kinda feels like Zack Snyder sits alone in his bedroom every day and introspects how much more he can do about the Justice League. Like any ordinary human being, his mind would generally wonder about the things that have worked 9/10 times for DC. What is that thing? Yes, you might have guessed it already.

If you are a director who wants to make a successful DC film, you would want to let that clown take a walk. However, you gotta do it properly, you know?

Nevertheless, you can expect something very different in Zack Snyder’s upcoming flick than what you had seen in the 2017 mishap.  The latest addition to the list of creative changes brought by Zack Snyder is the addition of Mr. J’s cameo (Leto’s Joker) in the original Justice League screenplay. 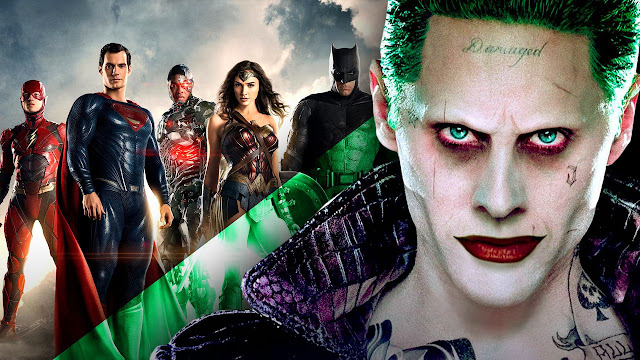 Though it’s a very brave step, some fans regard it as unnecessary because fans haven’t quite welcomed Jared Leto’s recruitment as the Joker.

It’s quite uncertain what role would Jared Leto play in the upcoming film, and though he has received massive criticism for his crotchety performance in Suicide Squad, he did appear for just a few minutes and hasn’t appeared ever again. His only other reference (verbal) came in another edgy DC live-action flick “Birds of Prey and the Fantabulous Emancipation of One Harley Quinn,” which explored Margot Robbie’s anti-hero character and her dealings with the trauma of her breakup with Mr. J.

Nobody was in favor of Leto’s inclusion not only in this Justice League but also in the forthcoming sequels. Even Zack Snyder had excluded him from his original plans of the 2017 film amidst some ill-informed rumors that the infamous villain is going to appear in the film.

Even though the likes of Amber Heard and Ray Fisher have also joined him in the cast that has been called up for the reshoots, Jared Leto’s inclusion points towards the fact that both Snyder and the DC Studio are banking on the reiteration of the Justice League to fix what has been broken in the franchise and everyone involved in the “Snyder Cut” are doing whatever they can to make the four hours long series just right.

However, whether these changes are enough to make more people interested in the DCEU is a matter that is up for debate. What has now been confirmed is that things will be different both from his version as well as Joss Whedon’s version, which we have seen in the 2017 film.

The level of apprehensions in the mind of Snyder must be high because even he doesn’t know what he has embarked on to create.

Source:-  Jared Leto Has Been Confirmed to Be a Part of Justice League Director’s Cut

Do You Want to Know Where Market Will Be Going? Solution in Volatile Market

What are the benefits of DeFi Development?